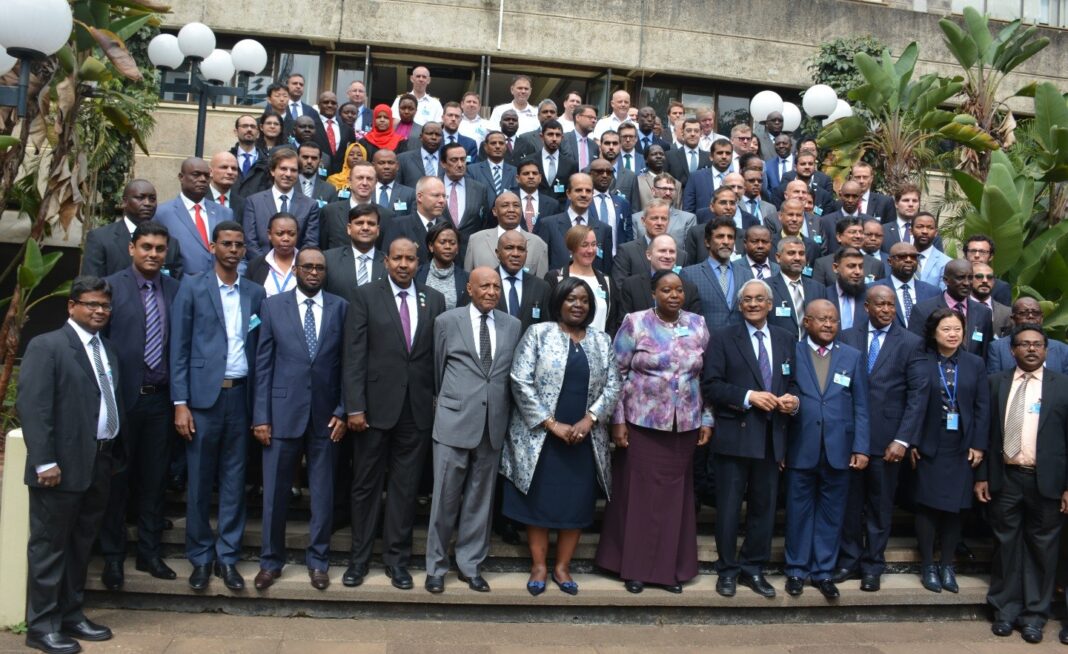 According to Geeska Afrika Online reporter sources and diplomatic wire Alert: Somali government official shared documents to UNSC, IGAD and Africa Union and says that they are not part of  CGPCS or the  new Terms of References of the so-called “Strategic Planning Steering Group” for the Somali peninsula (western Indian ocean) or the Somali sea involvement to hijack again another pilot project to mis-use EU funds for Somalia maritime capacity building initiative.

According to Somalia “the UN agencies takes quite a different Kenyan view.” The Somali central government escalated its actions against Kenya this month  by stepping squarely into one of the most sensitive regional issues dividing them and rejecting outright nearly all of Kenya’s significant maritime claims in the Southern Somalia as well as leading any forum for Somalia maritime issues.

The 23rd CGPCS Plenary is scheduled virtually over a span of two days from 17-18
December 2020 as from 14:00 hrs (East African Time). This informative note will provide you with key information to facilitate your connection and participation at the meeting.

Meanwhile, Kenyan welcoming remarks by CGPCS Chair,  Hon. Dr M. Juma, Kenyan Cabinet Secretary for Defence, at the opening session of the 23rd Plenary Session of the Contact Group on Piracy off the Coast of Somalia (CGPCS Virtual Plenary Session),  In her statement the Cabinet Secretary stressed the importance of Maritime security as a prerequisite for a prosperous and sustainable blue economy, and ensured the conservation of ocean health. She further reinforced Kenya’s commitment to the objectives of the new forum for Somali waters, which will replace CGPCS and suggested a widening of its mandate to other forms of the Somali maritime crimes as well as within the Somalia Indian Ocean zones as well as red sea area (Somaliland).

The So-called INDIAN OCEAN COMMISSION, 3rd Floor Blue Tower| Ebene | Mauritius, submitted a  so-called “report of the CGPCS Friends of Chair Meeting,”  held on 23 September 2020, which Somalia did not attend and categorically  rejected its content and suggestions for Somali waters.

Update: In Nairobi, July 23rd 2018, the results of the 21st CGPCS plenary, Somalia suggested not to think any possibility of  extension about any new  mandate of the Contact Group or any new version for the Somali coast, since the threat of piracy are eliminated by the efforts of  both federal member states of Somalia (FMS)  as well as the support of  International community. @Copyright_ Geeska Afrika Online _December 2020.