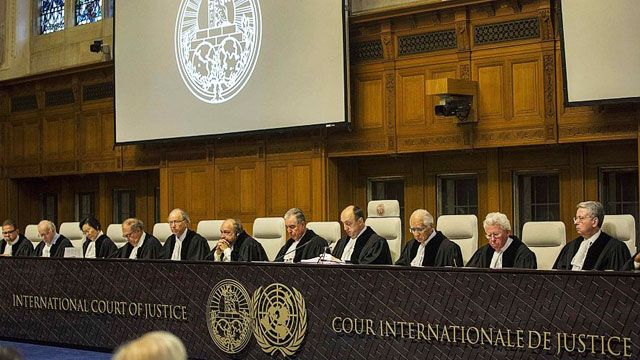 Opinion bellow by Mohamoud M. Enow the outstanding presentation of Mona, from Somalia infront of the international court of justice, Hague, Netherland.
I have really mixed emotions indeed as Somalia has so many talented diaspora abroad who are silenced by the inadequate leaders selected.
The court hearing put more light on the contents of the dispute and I would like to request the somali ppl to stop accusing on different media or social media personally any one at all as everyone involved was doing his duty as per his capacity on this peculiar cirmumstance as whatever as president, pm or minister.
The fact is that Somalia is fragile now and needs a strong leadership that can stand for the cause to revive the failed republic indeed!
I just want to emphasize the diaspora is frustrated and willing to prove their efforts to be part of the progress to revive the lost state.
The brain drain can be diverted to a brain gain and the recent event showed that the somali ppl never had been consulted.
Somalia needs a leader who refers to his ppl as it happens and win their trueworthy confidence indeed. Somalia can be able to say no more IGAD, Amisom, etc altogether and can set up their own conditions on the table to what is the best for the country.
This last event can be a waking up call to every candidate to any public political office starting from MP to President.
I would strongly advice them to refrain running for any as such office if they can not have the ability to prevail to be accountable, transparent, etc on oath or can not deliver good governance based on the ppls will.