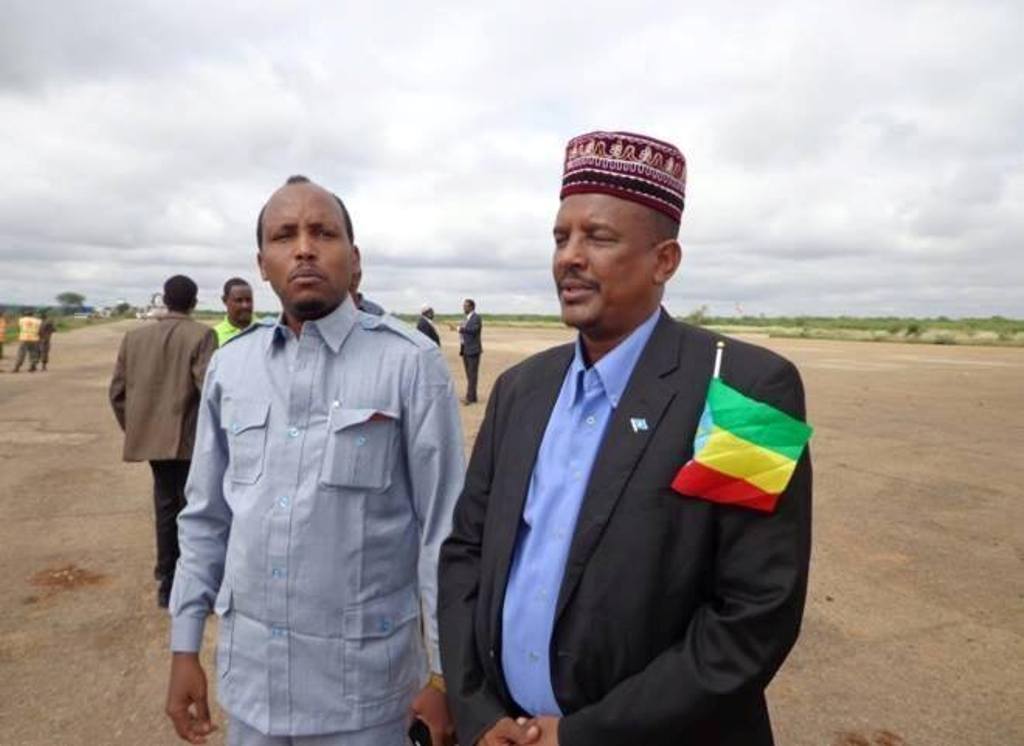 In September 2014, we were invited by the president’s office to come and film in Somalia. President Hassan Sheikh Mohamud is heading up the latest in a series of short-lived administrations since the country’s descent into chaos that followed the fall of the Siad Barre dictatorship in 1989.

In order to build peace MP’s were selected by elders to represent the different clans and when the government came to power two years ago, it was greeted by a wave of euphoria. It was a recognition of realpolitik: after two decades of conflict, order and a new administration could only be build by compromise.

Now it is high time for the central government to build the federal state and to extend its reach outside Mogadishu. Both, the president and the prime minister have been travelling across the country to speed up the creation of new, regional states. Without a national army and with African Union peacekeeping forces limited in scope the federal state can only be created by building alliances with local power brokers, even if that means brokering a compromise between national and regional clan interests.

Madobe, a former al-Shabab leader who changed sides and came to power with the backing of Kenyan forces operating inside Somalia, is now the leader of the Jubaland Interim Administration. With much international backing the goal is to hold a regional Jubaland reconciliation conference to bring together the opposing clans and to make the new administration truly representative.

As we start following the president on a series of meetings with elders and warlords from Kismayo we begin to understand how perilous this situation is. Our first encounter is with former warlord Ahmed Madobe, now in charge of Jubaland, one of Somalia’s newest regional states.

This is far from easy. Back in Mogadishu we meet Barre Hiraale in the presidential office, another warlord, also from the Kismayo region who is opposed to Madobe.

Over the last years, Hiraale’s fighters had repeatedly clashed with Madobe’s forces and only a week earlier Hiraale given himself up and conceded defeat. Now he is negotiating with the president the conditions under which he hopes to join the Jubaland reconciliation, strong official post is likely to bring him into the fold, too small an offer will turn him into a spoiler.

Jubaland is one of the most advanced new, federal Somali states but the reality is that not all clans have come on board and al-Shabab is still very present. According to the Kenyan army nearly 200 al-Shabab fighters have been killed in the four weeks since our filming creating a possible vacuum that a new and representative representation needs to fill if it is to last.

But not all clans have come on board and attacks in Kismayo are still frequent. Ultimately, both the lasting defeat of al-Shabab and the integration of the remaining clans will depend on the ability of the central administration to present itself as transparent and willing to devolve power.

But therein lies yet another problem, transparency seems a long way off. At Mogadishu airport, we meet representatives of a Turkish construction company tasked with building the new terminal. Development aid given to Somalia by Turkey, and contracts granted in the other direction have given rise to a debate about the ‘special relationship’ between the two countries. After the president’s inspection of the new terminal we headed to Mogadishu seaport to meet protesting workers. The contract to modernise the seaport had been given to Turkish company but was rejected by MP’s for lack of transparency.

Over the past two years, UN investigators have repeatedly criticised the government for striking up secret contracts and cooperation agreements. This has led to a review of major international contracts by the the newly installed Finance Governance Committee, a watchdog with an IMF and World Bank presence.

Back at the airport we were witness to yet another – but unplanned – encounter. It was small but revealing: The president and the prime minister collided over the use the airport VIP lounge for meetings with a visiting US delegation. Both men assured us that their relationship is cordial but the clash over the recent cabinet reshuffle and the position of the justice minister makes this all but questionable.

After 25 years of warlord rule and a brief reign of al-Shabab, we saw a government that feels pressured to reward its allies in order to build relationships that move the country forward whilst struggling to also remain accountable. In the absence of any alternatives, both Somali citizens and the international community are willing to lend support. But patience is wearing thin. If it is not seen to be transparent, clean and independent this once hopeful government could run the risk of taking the country back to the brink.

Sources: People & Power can be seen each week