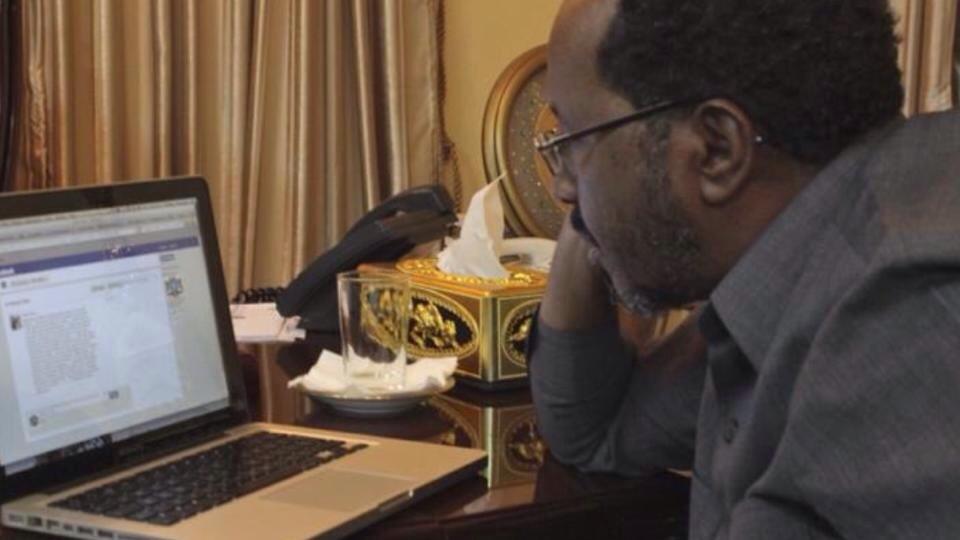 Mogadishu (HAN) May 20, 2014. In Mogadishu political theater, Last week over 100 Members of the Somali Parliament submitted a petition requesting President Hassan Sheikh Mohamud to resign. The MPs were also beleif that they will be able to secure the votes necessary to table a motion to initiate procedures to impeach Hassan.   One parliamentarian said, ‘Hassan will not resign and the ability to prosecute a successful impeachment seems administratively impossible.’
In their previous petition, the lawmakers alleged President Mohamoud for failure and poor leadership during his two years in office. They critically commented the poor security led by his security Minister, hit and run operations of Al-Shabaab still going in Mogadishu and the lack of proper basic service delivery to the needy people of southern Somalia.

Impeaching Somali President, according to Article 90,  it is the responsibility of the president to appoint the chairman of the Constitutional Court. Which according to the constitution, the court was supposed to be established 60 days after the formation of the Federal Government of Somalia. The president probably is not in a hurry to appoint a court that will be used against him. Despite all of the the legal hurdles, the President’s Damul Jadid party probably has fiscal capacity to ensure the president remains in office.

Again Realizing those reasons and other political motives, in Mogadishu the parliamentarians announced that they have changed their mind and called their fellow lawmakers to halt impeachment motion against President Hassan Sheikh Mohamoud.

“”We have seen that such impeachment motion will not serve fir the interest of the people during this hard time.” MP Mohamed Omar Dalha said.

He said the lawmakers who have already signed the petition against the president were now divided into two rival groups; one supporting the president and the other group still want the president to resign from power.

“I would call my fellow MPs who want the president to step over to bring their findings in the parliament not to the media.” MP Dalha added.

Still, there are member of parliamentarians who opposed the new deal and strongly oppose alleged these parlimentrians as  “plotting the people and the country.”