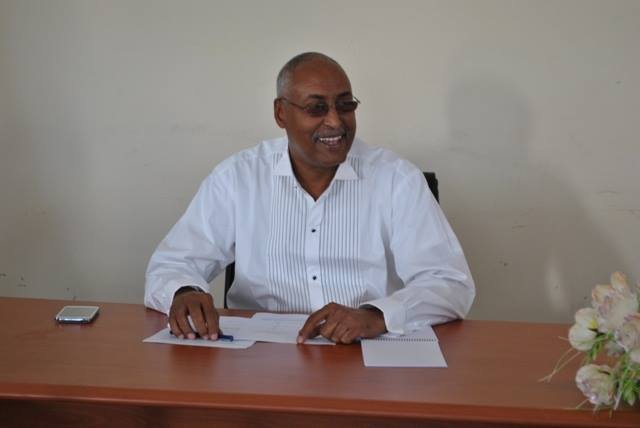 In 2015, Somalia entered its 25th consecutive year of instability, fragmentation and economic decline. The world has witnessed the impact of Somalia’s instability for years—with piracy disrupting maritime trade, and al-Shabab insurgents staging heinous cross-border attacks, most recently at Kenya’s Garissa University College, resulting in the death of 147 people. Since 1992, successive international interventions have tried to “solve” the evolving Somali crises through a range of military and political initiatives.

The Federal Government of Somalia (FGS) is a by-product of multilateral interventionism. The FGS was established during the 2002-04 Somali peace process in Kenya, hosted by the East Africa-based Inter-Governmental Authority on Development (IGAD). IGAD members contribute the majority of troops to the United Nations-mandated African Union Mission in Somalia (AMISOM). The 22,000-strong peacekeeping force bolsters a weak FGS besieged in Mogadishu by political enemies, and it defends the government’s fickle claim to Somali sovereignty in the face of fragmentation, violent insurgency and economic ruin.

During the Cold War, East and West competed for power and influence over Somalia’s then-military dictatorship. Despite the collapse of the Somali state in 1991, the country retains its strategic geopolitical value today. Famine and security emergencies have led to concerted aid efforts, but many governments involved with Somalia pursue competing foreign policy priorities dictated by their own strategic objectives and economic interests.

The inescapable fact is that Somalia needs the world, and the world needs a peaceful Somalia. In January, a study warned that 3 million Somalis will require humanitarian assistance in 2015, including 731,000 facing emergency levels of acute food insecurity. In December 2014, the UN’s Humanitarian Response Plan (HRP) requested $863 million to fund Somali humanitarian aid programs in 2015, but donor willingness and funding is wearing thin. Further, while the AMISOM force is currently funded to the tune of $50 million per month, experts warn that “international donors are beginning to tire of the burden.”

In addition to foreign aid, Somalis depend on remittances from abroad. However, the Somali money-transfer industry, hawala, has been under growing scrutiny by security agencies and financial regulators in the United States and other Western countries, due to alleged abuse by criminals who launder money and fund insurgents. Banks continue to abandon relations with hawala firms over regulatory pressure, and some warn of the devastating impact on the country’s economy. Remittances account for 35% of Somalia’s gross domestic product (GDP), more than total aid spending. Although it is vital to end funding for criminal networks through robust regulatory frameworks, cutting off Somalia’s economic lifeline threatens livelihoods and may lead to further instability.

International intervention has failed because it is no substitute for a Somali-led nation-building process that prioritizes community reconciliation, encourages fair political representation and enhances socioeconomic revitalization. In Somalia, competing political narratives continue to fuel disunity, dissent and disorder. Since 2012, federal leaders have exploited sociopolitical tensions and pursued counterproductive strategies that have led to political infighting within government institutions, renewed armed hostilities in several regions and brought about allegations of power abuse and corruption. Somali politicians must instead return to a narrative of peace that nurtures unity, rule of law, social justice and political cohesion.

Somalia’s peaceful political narrative was lost in the violent power struggle among rival factions that erupted following the central government’s collapse in 1991. Multilateral interventions with narrow objectives have since exacerbated local tensions. In the context of pervasive violence and distrust of centralized authority, Somalia’s clans—which form the foundation of the nation’s social structure—have emerged as powerful, aggressive and self-interested political agents engaged in an aggressive competition for control of contested sovereignties.

Somalia adopted a federal system in 2004, but some analysts have wrongly associated Somali federalism with the ongoing competition among “political clans” fighting for power, land and resources, which emerged after 1991 when Mogadishu imploded and the central state collapsed.

The Federal Government’s claim of sovereignty enjoys some international credibility, but local power structures based on political clans exercise de facto authority in most regions of Somalia. Mogadishu’s exclusivist politics, exacerbated by government corruption, alienates certain regions of the country and contributes to instability.

Moving Forward
To progress as a nation, Somalia must address its history of violence and end the era of impunity. In order to begin a process of national healing, a peace and justice commission composed of prominent Somalis should be established to transparently address war crimes, human rights abuses and other injustices. The commission’s work would complement the government’s mandate and local efforts to advance peace, unity and justice, providing powerful counterweights to the destructive forces of disunity and conflict.

Hope and forward-thinking must replace the present sense of despair and resignation in Somalia. With 70% of the population under 30, Somalia is a young country with massive development needs. With peace, Somalia would be able to mobilize its human capital and benefit from natural resources and commercial opportunities. Encouragingly, many nations have restored their diplomatic ties, nominated new ambassadors and reopened their embassies in Mogadishu.

There are other signs of hope. Besides traditional Western donors, Turkey, the United Arab Emirates and others have increased aid projects in Somalia. Peace dividends empower local authorities, provide opportunities to neglected communities and encourage alternative livelihoods.

The momentum for change is growing as Somalis tire of destructive conflict. Political leaders are under increasing pressure to make peace, build regional states and complete federalization, reform public institutions and revitalize economic initiatives. A brighter future for Somalia requires a new narrative of peace that restores healing and social trust, reinforces government institutions and fair practices, and instills hope. Only a Somalia that is good for its people can be good for the world.

The views expressed in this article are the author’s own and do not necessarily reflect Geeska Afrika Online’s editorial view.