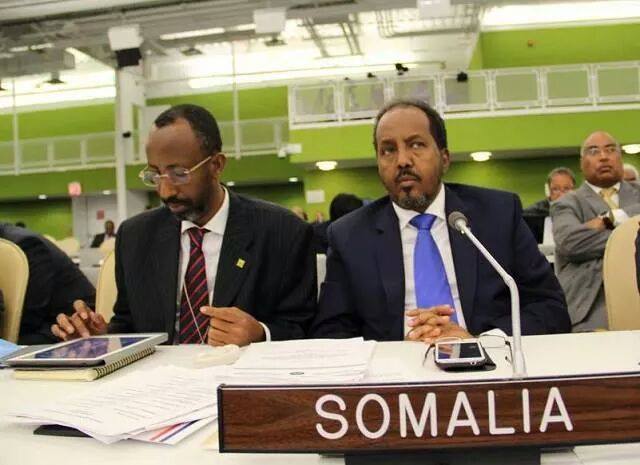 Mogadishu (HAN) November 15, 2014 – Expert Analysis, Your Power & Regional Influence Magazine, opinion page By Dr. Abdirahman Birmad.  I could not resist to say something over the unfair calumny and defaming comments heralded at the only and the best able minister in the current government. It is morally and religiously urgent to respond the much discussed untrue and misplaced negative comments labeled upon Mr FSA to Tarnish his hard earned respect within society and across the globe.

The scrupulous and assiduous man who achieves best and performers his utmost in all his undertakings since early 1990s is simply targeted because of his tribe which is not one the biggest four troublesome clans that brought somalia to this shame. Had the good sense and patriotism been at the helm of all Somalis, such troublesome tribes should be ashamed of themselves and not vice versa.Yes Mr FSA belongs to one of the most revered religious clan and not those who brought down the somali government, but why a lot of people point a negative finger to this hard working man for the benefit of all Somalis with his clean slate background and more importantly his contribution to the only matured Somali educational institutions in the capital. This is a due credit that was not considered because of his tribe..

Secondly since his friend and colleague HE Hassan Sheik Mohamoud(HSM) assumed power Mr FSA become a soft target for those who despised the due authority assumed and sharpness of the man. Mr FSA has always been at the front,not on this current government but in the yore times, FSA has always been the lead. Those who followed the background and activities of the team over the last two decades would paint a very positive picture of the man. He is described as one of true born and affable leader.. This is a due credit and not considered because of his tribe.

Thirdly, let us look back the creation and process that this made this team came to power. Most Somalis clearly remember during the preparation and in the run up to the election, the Peace and Development Party(PDP) that later won the election of the presidency, FSA’s role and his well thought plan played a great role. Many believe including HSM, without Farah’s leadership skills and hard work, it was impossible to win the throne. Most Somalis agree to this, but unfairly opt out and create own version of negative story over FSA.

In the former HE Shirdon government, FSA has not been included in the cabinet list. But Farah and the president had not complained to Mr Shirdon and Farah worked hard as a presidential office minister. The first policy unit office in the Somalia history was created under his leadership. This office operated by a group of experts whose job was to coordinate and provide a political and strategical framework for the government to leapfrog in rebuilding the nation. Because of the policy unit office, Somalia has improved its international relations with the rest of the world which earned respect and expedited the International recognition of the world starting from USA. A lot of positive achievements made during his term in the presidential office. Soon, he left and was appointed to lead the justice ministry, every Somali knows what happened in the president office and how mess is still is. This was a due credit to FSA!

Soon he is appointed to undertake Justice and Constitutional Affairs ministry Mr Farah has made a great leap in achieving milestones. He started to study the work force by skill auditing exercise and created its first structural hierarchy that become an exemplary for the rest to see and imitate. He built strong team and brought experts in much needed fields and ensured their welfare accordingly. The teamwork and production of this ministry is well recognised and much respected by not only Somalis, but also international partners who admire the role and the quickly developed capacity of the ministry. This is due respect and accreditation, but not yet..

There are a lot to say about the man, but I would like to close one more assertion that I want all readers to reconsider. If Mr FSA is to blame for all wrongs in the government, let us also credit him all the praise and good achievements made during this term. It is both impossible and unfair to lay all the blames upon, and credit is shared when he is only one person in the cabinet.

Finally, Farah and the president have been close friends and hopefully will remain so in the future. They are an exemplary leaders who see no value in clan loyalty and want to reach common destination for the benefit of all Somalis. Every action that get rewarded gets repeated, so why do we negate to reward FSA to be the next PM? Again unfortunately many would argue he falls short because of his tribe despite his proven record of accomplishments. Let us be honest and at least offer the overdue award to the men..HSM & FSM!    Dr. Abdirahman Birmad, Email: birmad2013@gmail.com