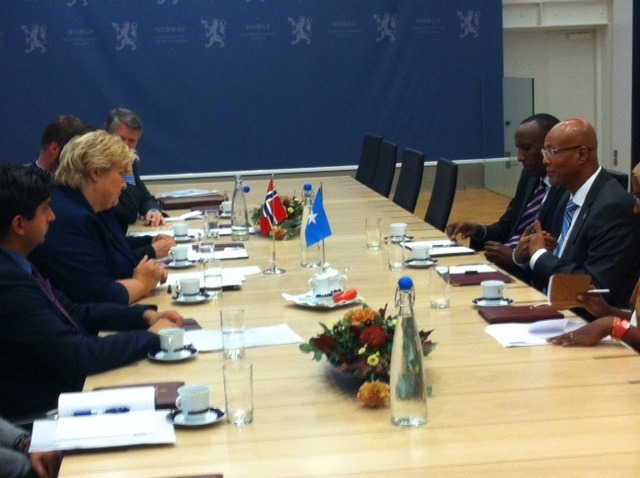 Strategically, The Prime Minister met Norwegian PM Erna Solberg on his first official visit to the Norway since his election this year.  Sources told Geeska Afrika Online that, they agreed on the value to both countries of the close and deep co-operation between Somalia and Norway, especially on energy and Indian ocean security for international supply lines. They agreed also that the regional security and future energy assets in Somalia was of vital importance to both countries and discussed the possibility of additional Norwegian investment energy investment in Southern Somalia.

The Prime Minister of Somalia yesterday attended an event at Lancaster House, London, UK organized by UK and co-chaired by Somalia and UK Governments.