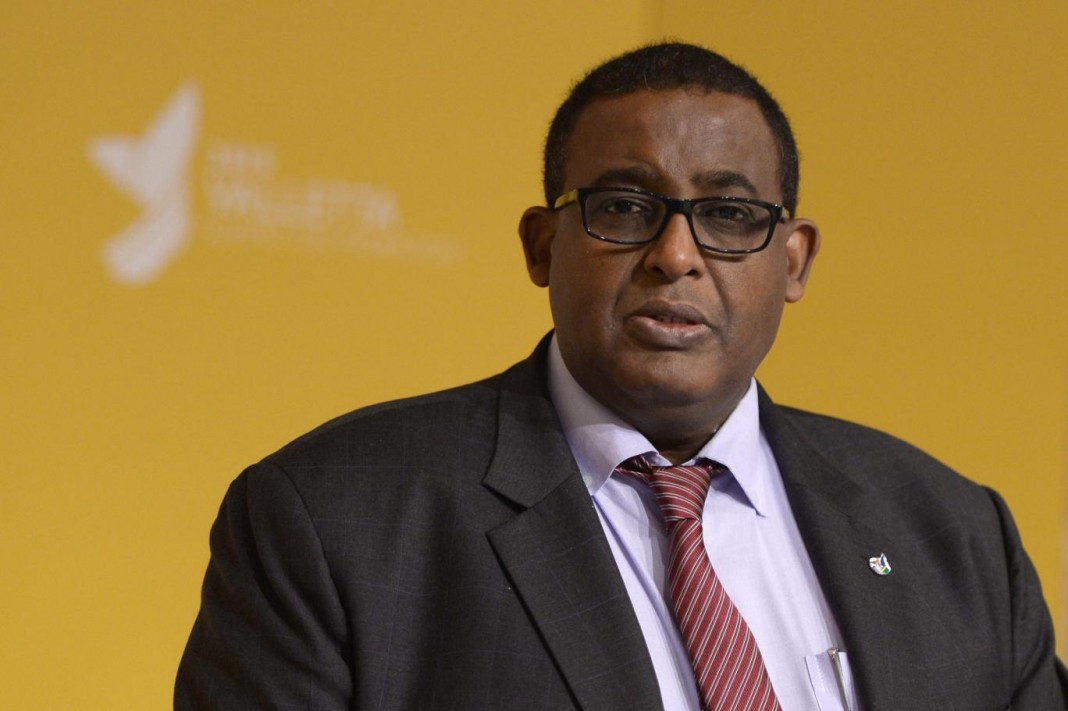 Within the larger framework of his visit, Prime Minister Ahmet Davutoğlu oversaw the Foreign Economic Relations Board (DEİK)-sponsored first ever meeting of the Turkey-Somalia Business and Investment Forum. Following this, a High Level Partnership Forum (HLPF) between the two countries will take place on Feb. 23-24. This meeting will renew calls for international support for Somalia.

Estimates are that the Somali population is around 15 million. Only around one-third of Somali land — which is some 630,000 square kilometers in total — is suitable for farming.

Three times the size of the land border, the sea off of Somalia has 2 million square kilometers of exclusive economic zones. The Somali economy is based on agriculture and animal husbandry. In fact, these two sectors compose 40 percent of Somalia’s gross domestic product (GDP), while income from exports makes up more than 50 percent.

Total exports from Somalia are around $600 million annually, while imports are $1.5 billion a year. Somalia’s primary exports are sugar, corn, fish, coal and bananas.

There are also some 40 million livestock in Somalia. During 2015, 5 million livestock from Somalia were exported to the Gulf States. In Somalia, sectors such as food processing and packaging, energy, agricultural equipment, construction materials, textiles, and clothing workshops all present great partnership opportunities for potential investors.

Since 1991, however, all government institutions in Somalia have been in a state of collapse. The lack of any real state, combined with the clan-based social structure, means that Somalis do not know what it is to be the united people of one country anymore. In fact, the state does not recognize anyone born since 1991.

The only real authorities on the ground, and the only larger structures which offer protection to citizens, are the familial clan structures throughout the country. This being the case, society is based on these clans.

There are currently two major obstacles to the re-creation of the Somali state. One is that the state has no income. Its 2016 budget was $220 million. Half of this came from donations. In fact, the state can only earn $100 million for itself. The second obstacle is terrorism springing from the al-Shabaab group.

Most recently, al-Shabaab carried out a bombing on a Daallo Airways passenger plane flying from Mogadishu to Djibouti.

Turkish President Recep Tayyip Erdoğan will go on an official visit to Africa between Feb. 28 and March 3, stopping in the Ivory Coast, Ghana and Nigeria. Business forums connected to his visit will take place on Feb. 29 in Abidjan — the economic capital of the Ivory Coast — and in Ghana’s capital Accra on March 1, as well as in the Nigerian capital of Abuja on March 2.

The sectors that tend to dominate trade relations and cooperation between these countries and Turkey are agriculture and food, machine production, energy, petrochemical business, natural gas, construction, transportation and telecommunications.