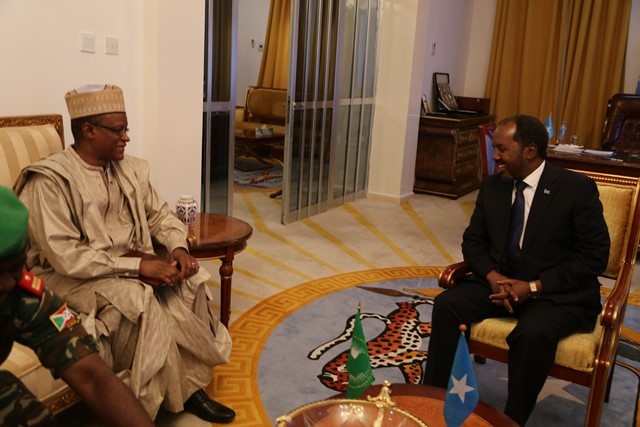 Mogadishu (HAN) June 17, 2015 – Public Diplomacy and Regional Financial systems News. Somali Government set to Print More Money “riding to the rescue of the beleaguered Somali Shillings.” Somalia’s president, Hassan Sheikh Mohamoud has ordered Somalia Federal Bank (Central Bank) to print Somali Shillings in an attempt to salvage the weakening shilling against the US dollars in a volatile market in the country. The president said the move would cushion the poor Somalis, civil servants, military and public interest against inflation waged by unknown financial centers or agencies in Somalia.

Without Somali Shillings soon, the Somali state would no doubt be in an even worse place. The Somali people with their all economies, however broken, will eventually rebound to some degree, if only in the manner of what stock market pundits sometimes call a “dead cat bounce”.

“We must print more shillings so that the poor Somalis can feel that he is protected from inflation,” president said in an assuring tone. The president blamed the international community for the situation, saying they have reneged on their pledge to contribute aid to the country. A Somali diplomat said “It is necessary to re-print Somali shillings as soon as possible, before people’s uprising started and yearning their rights to use their own Somali Shillings.”

“The aid we receive from donors is not sufficient, we therefore have decided to print our own money to keep the Somali shilling afloat,” he said.

According to Geeska Afrika Online’s  financial reporter, “If the Somali president’s financial plan to print Shillings becomes successful, then the shilling would recover from its 30 years of depreciation.”

External currency demands inside Somali business communities (US, EURO) will not solve Somalia’s economic ills.  Somali president beliefs in a long term that, “Somali Shillings will provide both a life-saving boost to exchange commodities inside Somalia and for exports as well.”