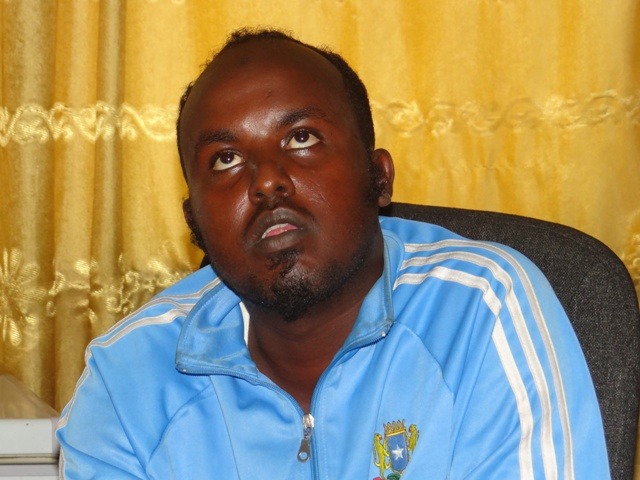 The attack appeared to be a repeat of an al-Shabaab assault against the presidential palace in February, because of Hormuud Telecom staff  working inside Presidential palace, Hassan Mohyadin Hassan (Watch Interview Part 1 and part 2).

The report says Muhiyadin, a Hormuud Telecommunication technician, had become known in the presidential palace over the last two years but no one suspected him of connection to al-Shabab, which claimed responsibility for the palace attack.

The Geeska Afrika Online reporter in Mogadishu reported that, the Al-Shabaab attackers’ main target was Prime Minister Abdiweli Sheikh Ahmed. It said three of the attackers were wearing government uniforms and were armed with AK-47 rifles and hand grenades.

The Somali national TV interview (Part 1 and Part 2) reports that Hormuud telecom Worker had passed information about prayer times in the palace mosque and movements of the Somali defense minister to Al-Shabab. It says he was on the Al-Shabab payroll earning about $200 per month.

The Somali Al-Shabaab militants entered the Presidential palace in Mogadishu before Somali armed forces alongside AMISOM repulsed the attack, killing three of the assailants and injuring another, the leader of the group who is Hassan Mohyadin Hassan the staff of Hormuud Telecom.
The attack bore all the hallmarks of Somalia’s Al-Shabaab militants, who have carried out a string of strikes against the country’s internationally-backed but fragile government.

Witnesses said there was heavy gunfire and several heavy blasts believed to be suicie bomders.

The attacks have targeted key areas of major offices, or the security forces, in a bid to discredit claims by the authorities that they are winning the war against the Al-Shabaab Islamist fighters.
The Somali-canadain General Abdihakim Said was removed as police commissioner and replaced by Mohamed Sheikh Ismail, Duhulow said, citing a presidential decree. Mohamed Abdullahi Hassan replaced Bashir Mohamed Jama as head of the national security agency, he said.

Khalif Ahmed Ereg, a former national security official in banadir region, was named security minister, taking over from Defense Minister Mohamed Sheikh Hassan who had been in the position on an acting basis since May.