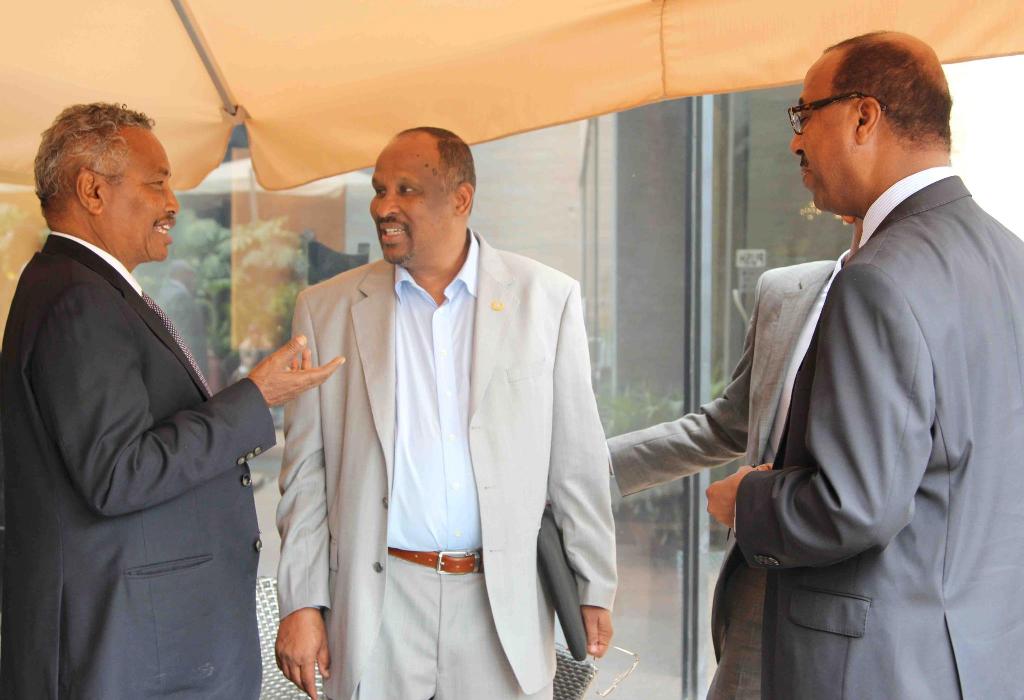 Mogadishu (HAN) November 17, 2014 – Public diplomacy and Regional Security and safety news. , Somalis sat down with donors in a format that’s called a New Deal, where the Somalis themselves would have a say in the support that the international community is giving to Somalia. If Prime Minister Ahmed does not resign, Mohamud would have no other option but to appoint a new prime minister.

The Somali-Canadian Abdullahi Godah Barre, who is also  Somali Minister of the Interior and Federal Affairs told Geeska Afrika Online by phone that the majority of the cabinet does not want the stalemate to further drag down the Somali government already beset by difficulties in governing.

“We, as his cabinet members, are trying to be realistic with our Prime Minister. If he lost the confidence of the president and also the parliament, then we don’t see a hope in this government to stand and function. The best interest of the public is for our Prime Minister to resign and that a new government, which has the confidence of the parliament and the president, be established,” he said.

Abdullahi Godah Barre said the parliament tried to go the democratic route by trying to get a vote of no confidence, but a small number of the Prime Minister’s supporters disrupted the process.

“A small minority of about 20 is making noise and threatening people. That’s what the problem is. But, the government members, the ministers would like to see voting happen so that the parliament will give us confidence or no confidence, and then other people will have a chance,” Barre said.

Abdullahi Godah Barre said that if Prime Minister Ahmed does not resign, Mohamoud would have no other option but to appoint a new prime minister.