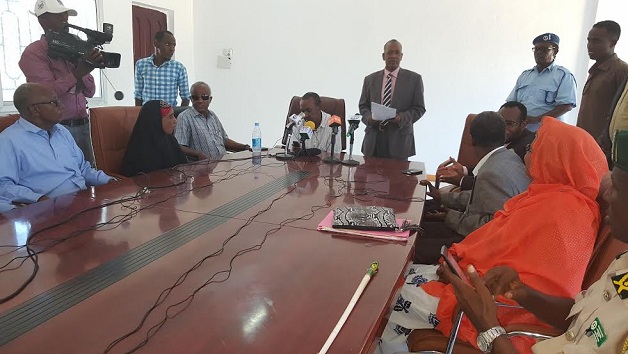 Mogadishu  (HAN) May 5. 2016. Public Diplomacy & Regional Security News. The President of the Federal Republic of Somalia has relieved chief justice Aydid Ilka-Hanaf of his duties on Wednesday. Lawyer Dr. Ibrahim Idle Suleyman of Somaliland will fill the position with immediate effect according to the Somali President’s constitutional adviser Omar Dhagey.

The Somali President’s constitutional adviser Omar Dhagey,  added that corruption allegation complaints from the members of the public and age factor are the main reason why the Federal Somalia President has taken the decision to relieve justice Ilkahanaf of his duties.

The former chief justice of Somalia,  Aydid Ilka-Hanaf , a 85 years old is remembered for his controversial rulings on the disbanding of National Union of Somali Journalists (NUSOJ) recently. Somalia has no strong judicial system due to the two decades of civil war in the country but efforts by the international community is meant to restore the system which is key for stability in Somalia.