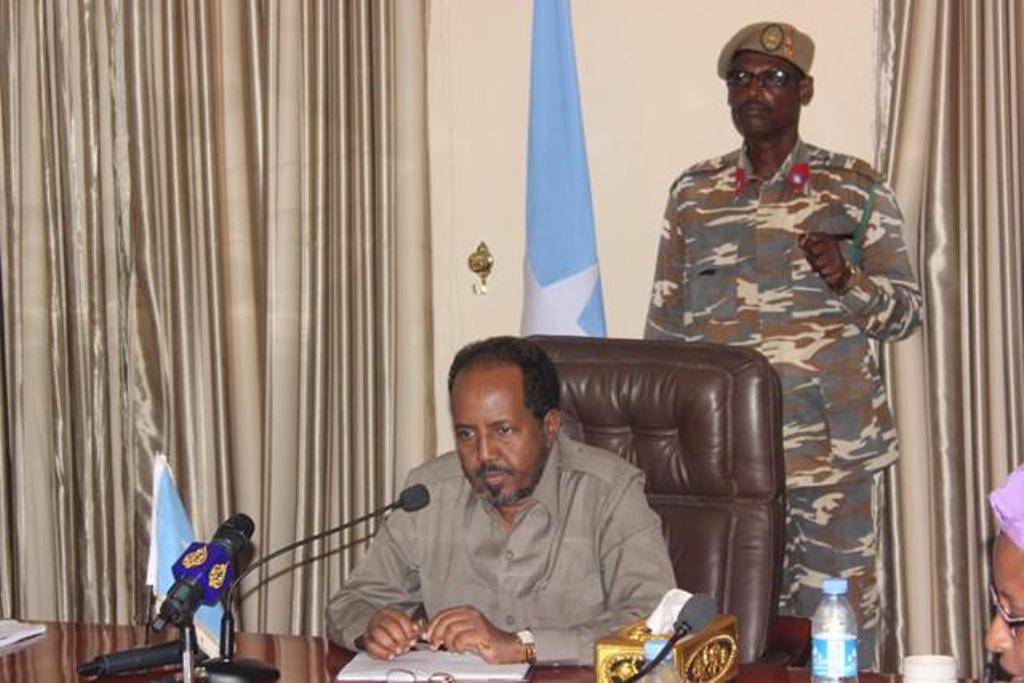 Mogadishu (HAN) October 25, 2014. Presidential Press Release –   The president of the federal republic of Somalia released a press statement rejecting the cabinet reshuffle undertaken earlier today by the Prime minister Abdiweli Sheikh Ahmed. The president encouraged in his statement that the people of Somalia and their leaders in government should always follow the provisional constitution and the law of the land when making decisions.

In his statement president Hassan Sheikh Mohamud said that it was most unfortunate that at a time of governmental engagement in planning for national elections and the creation of rule of law, the Prime Minister made important decisions without any consultation. These important decisions, the President made clear, have the potential to derail the governmental progress and partnership working within the administration and public institutions.

The president stated that he put up with bad decisions in the past from the PM which affected his government and directly violated the constitution among the first of which was the demotion and promotion of Ministers without any consultation with himself by the Prime Minister. The President also complained of the Prime Minister previously promoting officers in the armed forces and demoting or relieving them of their duty in a way which was unconstitutional without his approval.

After the above mentioned past incidents centred on acting without consultation, the PM today wrongfully reshuffled the cabinet without, again, consulting the President continued the press statement. President Hassan Sheikh Mohamud boldly stated in his statement that, with an intention of protecting and preserving the national law, he decided that the PM’s reshuffle today was illegal and all Ministers should return to their prior duties before it. In addition, the president instructed all members of the armed forces and civil servants to continue with their daily duties without any interruption.

President Hassan Sheikh highlighted the importance of partnership, listening and discussion as facilitating Somalia’s success today. The President presented in his statement his priorities for the nation as being the creation of a national constitution, regional and federal administrations and the strengthening of democracy through fair and free elections in 2016 as was his original mandate when he was first elected.

President Hassan Sheikh Mohamud concluded by highlighting the current government successes against Al-Shabab in the rebuilding and strengthening of both national and regional public institutions. He further stated that he is hoping for a successful outcome in the important upcoming Copenhagen Somali Summit.

Whilst many that were approached for interview for this article anonymously agreed that tonight was a “difficult night for both politicians, the public and the international community,” most felt that without a firm, clear and enforceable national constitutions this problem between the President and PM that has hampered Somali politics in recent history will just repeat itself again. 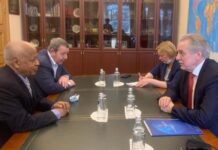