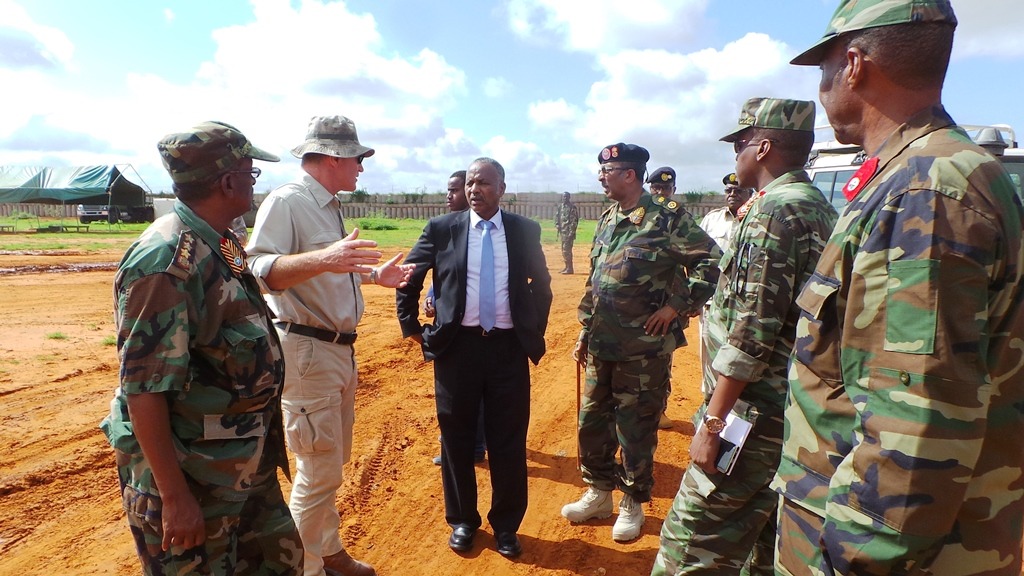 Kampala  (HAN) October 31, 2015 – Public Diplomacy and Regional Security and aviation safety  News for Geeska Afrika Online weekly security update briefing. The cause of a fatal plane crash in the Afgoye, farming area is still unclear. The small plane had been transporting, unknown passengers and equipments from Nairobi to Southern Somalia Airforce and secret military base.

AMISOM security expert in Somalia, told us by phone that, “As far as we can understand, there was a fault with our regional nairobi nased radar  and numerous aircraft were placed in the holding pattern. What exactly transpired the sudden plane crush in Afgoye at this stage is not yet known by AMISOM or Somali security forces.”

The cause of the crash is yet unknown, but the airplane was reported as unsafe to fly in Ethiopia, Sudan and Djibouti Airspace. An aviation expert in Nairobi told Geeska Afrika Online, that “A few months ago, Kenyan aviation safety banned this plane from national territory because we believed it presented a certain number of irregularities in its technical equipment,”

Due to the sensitive nature of this crush and It’s recent occurrence, all names have been deleted from the news report in order to protect the sources of the plane crush. Somali president told media that, Aviation authorities are investigating a plane crash and the fate of survivors apparently taken captive by militant group Al-Shabaab.

Last week, Abdulkadir Nour Sidi, Lower Shabelle regional mayor told media that, “We can confirm that the airplane crash-landed in an area controlled by the militants. We deployed many Somalia troops and we trying to know more details about the incident.”

The Kenyan small plane was carrying between nine and 11 people, who have yet to be identified.  Sources, speaking on condition of anonymity, say the aircraft was chartered by contractors working with security operations  based in Bali-dogle military base in Southern Somalia. The plane had reportedly taken off from Nairobi and was heading to Balli-dogle, according to Nairobi sources. One Somali risidence in the area said Al-Shabab camouflaged the wreckage with leaves to prevent it from being spotted from the air, through GPS.

Passengers moved and Al-shabaab militants in Southern Somali region are confirmed captivity of the plane and its passengers, and now under full control of the crash site and moved the passengers to an undisclosed location. On October 12, 2015, a Tristar Air cargo plane crash in Somalia – A large cargo plane carrying six Egyptian citizens has crashed near the Somali capital of Mogadishu. Security reports say flights had been suspended in and out of that area. The crash is now  investigating by the Somalia Aviation Authority and AMISOM experts.