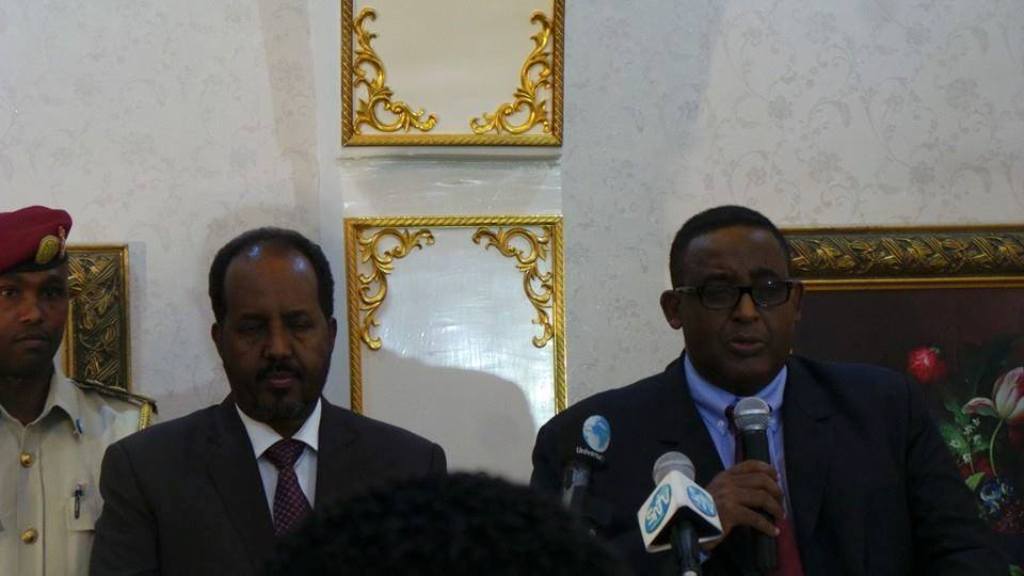 Officially today, Somali president selected and nominated the Somalia’s ambassador to the United States, HE Omar Abdirashid Ali Sharmarke, on Wednesday to become the next prime minister of Somalia.

His father: Somalis reminds his famous speech during the war against Ethiopia 1964, Dr Sharmarke said: We join the elections and We are voting with our right hand, and with our left hand we took the rifle to defend the country from Ethiopians, our enemy, my dream is to liberate Somali who living under colonial power Ogaden, NFD, and Djabuti”

Is Somalia a parliamentary system? What happens if the parliament elects the next PM in Somalia? Does it need to amend the constitution?

“I’m very happy that I have picked Omar Abdirashid Ali as the new prime minister of the country. I expect him to fulfill his commandments,” the president said at Villa Somalia, the fortified compound and seat of the country’s fragile internationally backed government.

Omar Abdirashid Ali Sharmarke, a dual national of both Somali-Canadain, will replace prime minster Abdiweli Sheikh Ahmed, which ousted by parliament after just over a year in  post hist last week.

The new prime minister told reporters he would “continue working on the efforts to bring about stability” and “taking the country the way forward to free elections”.

Click Here: Somalia: Omar Abdirashid Appointed by the President of the Republic