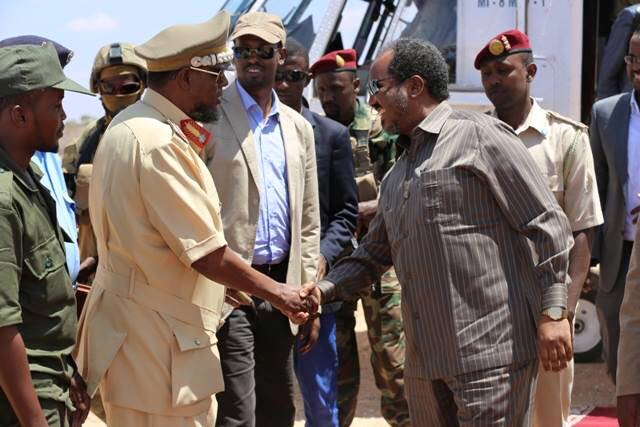 Efforts to get a confirmation from the Presidency failed up until the time of going to press, as several calls to his spokesman, , did not go through and he didn’t respond to an email enquiry  from Geeska Afrika Online.

Similarly, the senior special assistant to the president on security affairs, did not pick or return several calls as well to his mobile number last night.

President Hassan left for Germany yesterday after performing the opening ceremony paid a regional visit to the central Somali town of Dhuusamareeb on Wednesday to help the formation a regional Central Administration.

Prior to his departure, presidential spokesman had issued a short terse statement saying the president would be making a private visit to Germany as from Wednesday (yesterday) and would be accompanied by some of his principal presidential aides.

It was gathered that the president, on arrival in Germany, headed for a private hospital for medical check-up.

It could not however be confirmed to Geeska Afrika Online security reporter,  if he went to the same medical problems he had last year when he faced some health challenges.