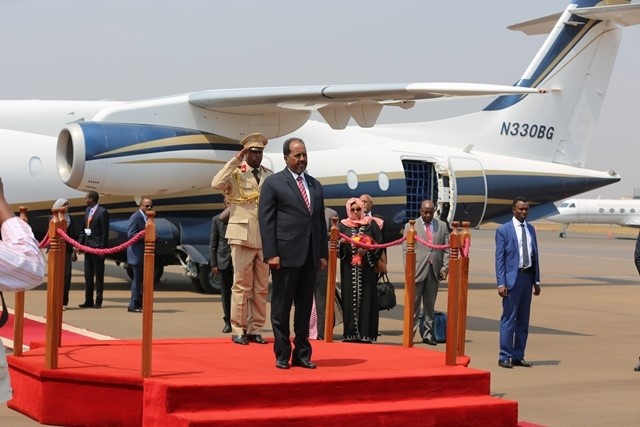 KIGALI (HAN) July 16.2016. Public Diplomacy & Regional Security News. The President of the Federal Republic of Somalia, HE Hassan Sheikh Mohamud on Monday in Kigali, capital of Rwanda, where he is attending the 27th Summit of the African Union.

The President of the Midowha Africa, in addition to participate in the summit unusual to come together heads of member states of IGAD, which analyzes the tensions between the Republic of South Sudan and the political process in Somalia , especially in electoral matters and security. The President today also home to living in Kigali, meeting with Linda Thomas-Greenfield, the Assistant Secretary of State for African Affairs. The two sides discussed bilateral relations, the situation in the country, political parties, election 2016 issues.