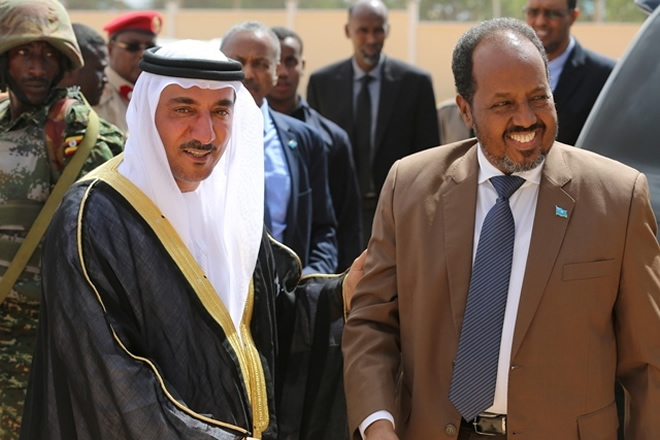 At the meeting they discussed bilateral relations and latest regional and international developments, as well as issues of mutual interest.

President Hassan Sheikh Mahmoud expressed his appreciation to the UAE for the unlimited support provided to Somalia in all fields.

Additionally, the UAE ambassador thanked the President of Somalia for his efforts in strengthening ties between the two countries.