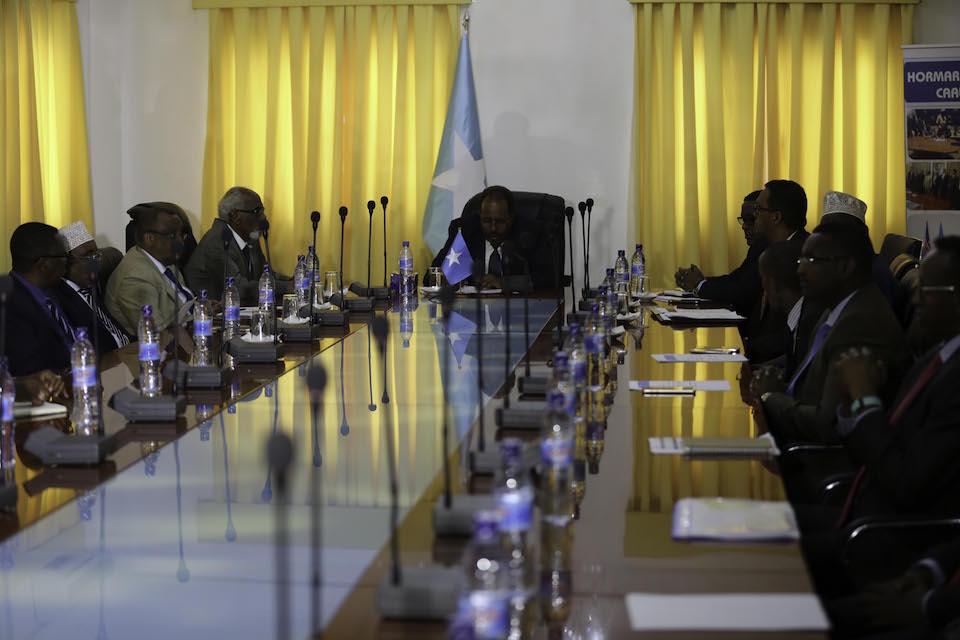 MOGADISHU (HAN) August 3.2016. Public Diplomacy & Regional Security News.The national consultation was attended by heads of government in Somalia, and the heads of state which officially opened today. The completion of the terms remaining in the elections to be held in 2016, also attended by officials from the international community. The meeting will last two days, listened to the technical committee at the national level.

Minister of state Mahad Mohamed Salad, said that the meeting duration of two days, and addressing the completion of elections in 2016 “Today conference venue in process of ending matters in elections in 2016, the report from the committee listened to the technical level, the key points of challenge in the event of the completion of the committees at the state election to die, to be completed committee, “said minister of state, Mr Mahad Salad It also said that on both days of the duration of the role of women in parliament will be expected, as well as the upper house.

Finally, the minister said that the conclusion of the meeting will be submitted to the date of the election will take place and when they will end, as well as provisions regarding outstanding 2016 elections.