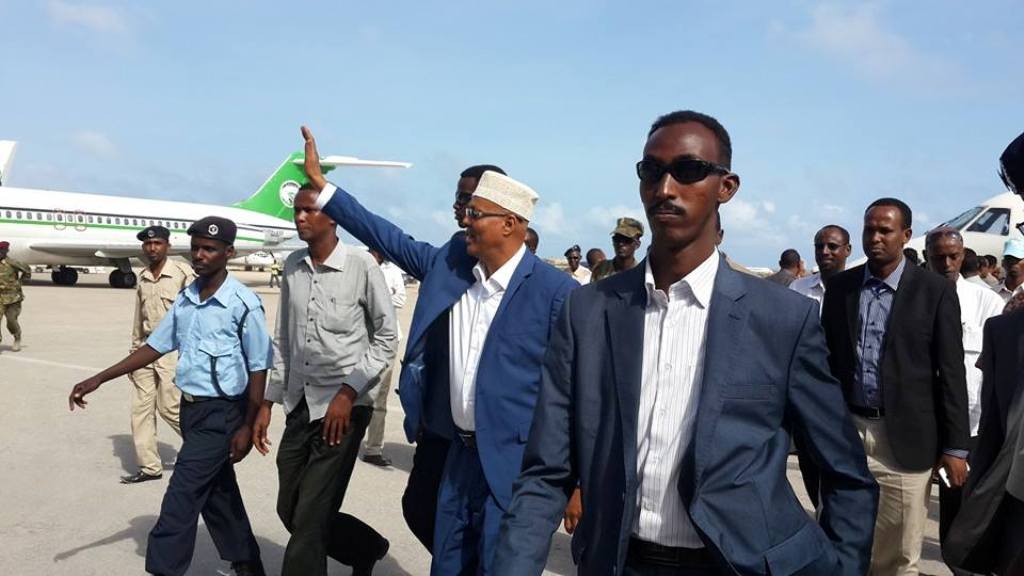 Mogadishu (HAN) October 15, 2014. Public Diplomacy and National security news.  The UN Security Council Investigators have accused an advisor to Somalia’s President of involvement in the unauthorized diversion of government weapons to Islamist militants with ties to al-Qaeda, according to a confidential new report.

The accusation by the Somalia-Eritrea Monitoring Group, an eight-member panel of independent experts that oversees compliance with UN sanctions on the two countries, was included in the group’s 482-page annual report to the UN Security Council’s Somalia-Eritrea sanctions committee.

The charge concerns Musa Haji Mohamed Ganjab, a prominent Somali businessman. In an email, he denied the monitors’ allegation, saying it was an attempt to undermine the Somali government and part of a campaign by the panel’s coordinator, Jarat Chopra, to destabilise Somalia.

“I categorically deny this allegation in the strongest possible terms,” he said. “I have at no time, and in no capacity, ever been involved in any way in the trafficking of arms to anyone.  “I must conclude that this false claim arises from Mr Chopra’s political effort to undermine the Somali government and anyone, like myself, who assisted in repudiating Mr Chopra’s reckless reporting in 2013,” he said.

Mr Chopra did not respond immediately to a request for comment. In the past he has responded to similar accusations by saying that he stood by the group’s findings.

If a link to the siphoning of arms to Al-Shabaab is confirmed, analysts and diplomats say it could cast further doubt on President Hassan Sheikh Mohamud and his administration. This could scare off foreign donors who have pledged billions to rebuild his shattered nation after two decades of chaos.

“The Monitoring Group has obtained evidence implicating Musa Haji Mohamed ‘Ganjab’, who acted as an adviser to the President… in the leakage of weaponry to al-Shabaab and other forces beyond the army,” the report said.

The report also said that Somali army weapons and ammunition continue to be diverted to open markets despite government pledges to prevent this.

The report said the evidence against Mr Ganjab is described in detail in a “strictly confidential” annex not included in the version of the report that will be published. A July 2014 letter from the monitors to the Somalia-Eritrea sanctions committee cited email correspondence as evidence of Mr Ganjab’s prior al-Shabaab link.

The July letter from the monitoring group included an unofficial translation of an email sent on 8 October 2010 to Mr Ganjab that suggested he was in direct contact with al-Shabaab, a militant Islamist group that has been fighting the Somali government for years and is listed as a terrorist organisation by the US State Department.

The email sent was attributed to two senior al-Shabaab members: Hussein Ali Fidow, deputy head of political affairs, and Ali Muhammad Hussein Ali ‘Jabal’ but sent from another account. Neither man was immediately available for comment.

The email described Mr Ganjab as one of “our brothers who fought with us”. It added that: “The support you give us today will be recorded in history… We will invite you to a peaceful Mogadishu after we have chased away the enemy.” Diplomatic sources say the annex on Mr Ganjab in the report describes evidence for his 2010 exchange with al-Shabaab, and documenting Ganjab’s longtime involvement in arms procurement.

In July, the monitors identified Ganjab as one of several parties set to receive a cut of frozen Somalia assets recovered abroad. The group described the plan as a conspiracy to divert previously Somali assets out of the reach of the central bank.

The Security Council imposed an embargo on Somalia in 1992 to cut the flow of weapons to feuding warlords, who a year earlier ousted dictator Mohamed Siad Barre. In 2012, Somalia held its first vote since 1991 to elect a president and prime minister. Sources: Geeska Afrika Report, AFP and HAN