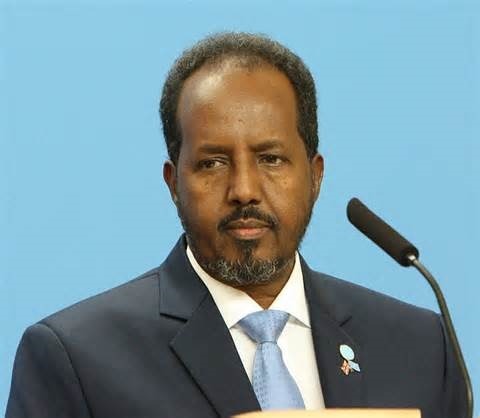 Mogadishu (HAN) March 27, 2014 – Somalia’s government is appealing for more help in its fight against weakening Al-Shabaab Militants who have recently intensified their attacks around the Somali capital.President Hassan Sheik said Monday it was unrealistic to expect the forces of an ill-equipped government to battle the al-Qaida-linked group al-Shabab. Ahmed compared al-Shabab’s attack on a Bole-burde (Central Somalia) Hotel that killed dozens of civilians and AMISOM forces last week to the violence against governments in Iraq, syria, Libya, Yemen and Afghanistan. President Hassan Sheikh said the world must give Somalia’s violence the same priority accorded to al-Qaida in the Arabian Peninsula, which Western Countries considers to be a major threat to the regional peace and international energy supply lines. Al-Shabab terrorist are planning to carried out a major bombings in Ethioia, Kenya, Uganda and Djibouti, according to the regional security expert, reported to the HAN & Geeska Afrika Online security corespondant.
—
Sources: HAN & Geeska Afrika Online (1985-2014), The oldest free independent Free Press in the region, brings together top journalists from across the Horn of Africa. Including Ethiopia, Somalia, Eritrea, Sudan, Djibouti, South Sudan, Uganda, Kenya, Oromo, Amhara, Somali, Afar and Harari. Plus, we have daily translations from 150 major news organizations in the Middle East and East African regions. Contact at news@geeskaafrika.com