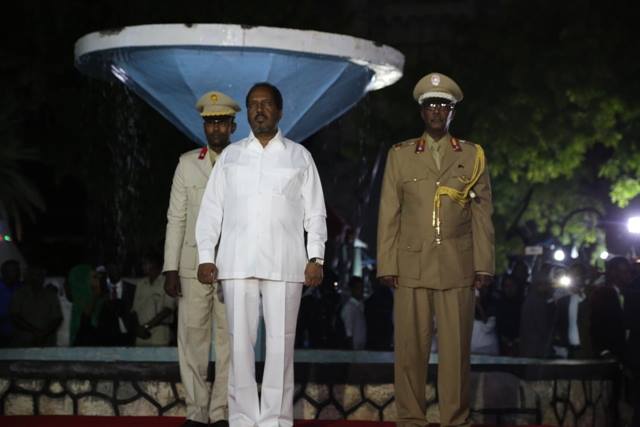 Mogadishu (HAN) July 3, 2015 – Public Diplomacy and Regional Security News – Somalia has made “remarkable” progress in the last two years and has reached a “tipping point” where it can secure peace. Philippe Lazzarini, also spoke to reporters in Nairobi and said, “For the first time, a real peace and state-building agenda is on the table and the Somalis are committed, behind it,” Philippe said. “I think a tipping point has been reached to make it happen.”

Philippe Lazzarini spoke to reporters in Nairobi as he stepped down after more-than 2  years as U.N. Resident and Humanitarian Coordinator for Somalia/Somaliland.

“Somalia is a positive narrative in the making,” said Lazzarini. “It is one of the optimistic stories in a world falling apart with crisis and conflict.”

In the wake of it’s latest attack against AMISOM base at Lego, Somali President told reporters that Al-shabaab is a global network that operates on foreign technical expertise and financial support from other nations. Mohamud further says, Alshabab poses a regional threat but he doesn’t believe neighboring Kenya should have a perimeter border wall across the 800 kilometer stretch between the two countries.

“We are operating in an extraordinarily volatile and dangerous environment,” he said. “We operate with armored vehicles and armed escorts and, daily, we have security threats.”

finally, Philippe Lazzarini agree with the Somali president, “It is a bumpy road but the trajectory is certainly in the right direction.”