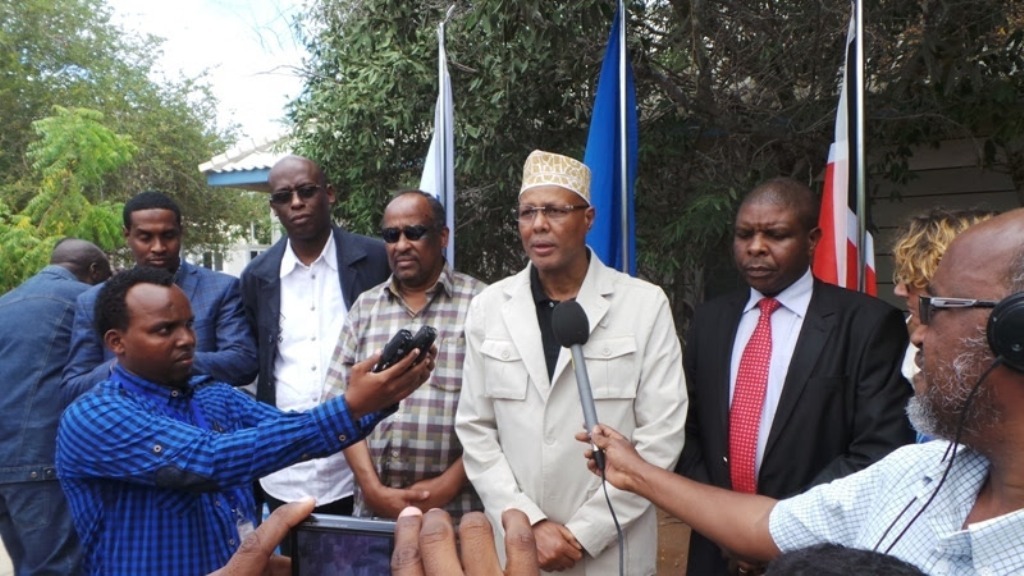 Quit taking cash bribes for votes, the U.N.’s representative to Somalia told the Somali’s lawmakers. The country’s president responded quickly on Monday with a reply that can be summed up in two words: Butt out.

“This is already having an impact on the functioning of the federal institutions and Somalia’s state and peace building goals,” Rondos said in a statement Monday.

Last month the prime minister reshuffled several cabinet members, among them close allies of the president, which Mohamud called “outrageous.”

UN envoy Nicholas Kay said the tension “puts at risk” political goals including a referendum on a new constitution next year, ahead of elections in 2016.

He also said he was worried about reports that lawmakers were being bribed with cash to vote.

“I am concerned about allegations of some MPs being asked to exchange votes for cash in the context of a potential ‘no confidence’ motion,” Kay said. “Somalia and Somalis deserve better.”

The Somali government, which took power in August 2012, was the first to be given global recognition since the collapse of Somalia’s hardline regime in 1991, and billions in foreign aid has been poured in.

It was hailed as offering the best chance for peace in a generation, replacing a transitional leadership mired in ineffectiveness and rampant corruption.