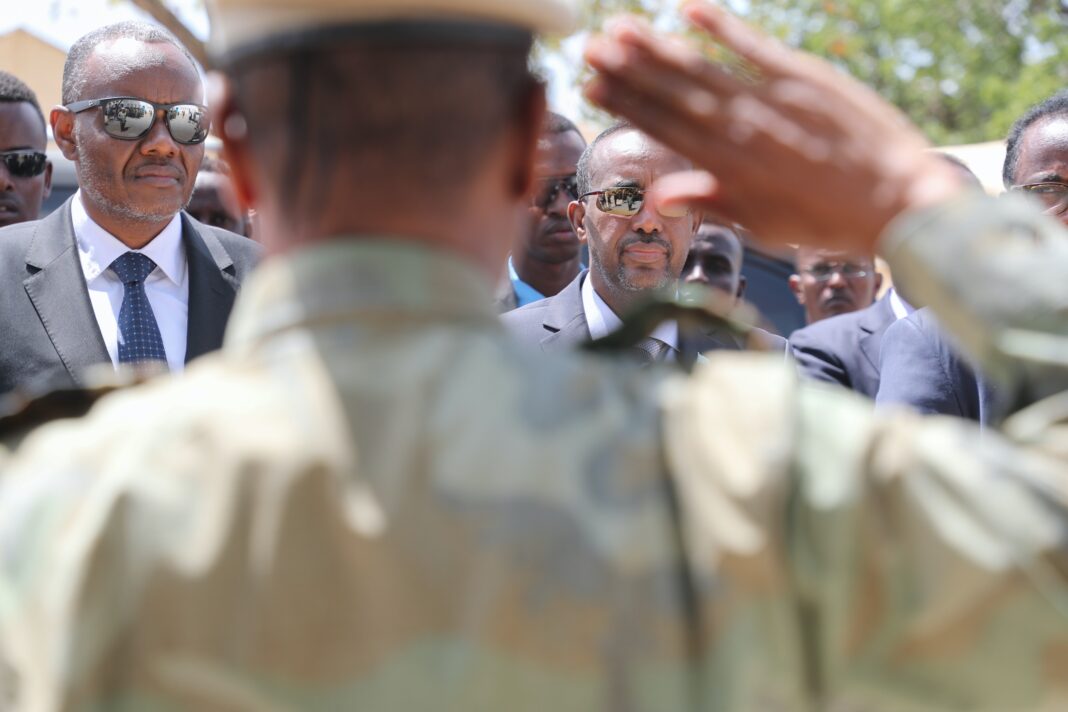 The premier accompanied by the senior regional officials including President Abdiaziz Hassan Mohamed Lafta Garen witnessed a live training exercise by the recruits in the base.

Mr. Roble thanked the trainers for their efforts in improving the capacity of the Somali security forces in the quest to restore law and order in the country.

“I toured a British-supported Military Training Facility in Baidoa, South West State Somalia where I witnessed a live training exercise by highly skilled SNA soldiers at a top-class range. It is these kinds of training that continue to transform Somali National Security Forces.”

In an effort to build the morale of the forces, The Prime Minister later visited troops wounded in the frontline while defending their nation against the enemy.

He said his administration will do everything in its capacity to prove modern equipment and care for its members of the security forces.

“I visited the wounded National Army in Baidoa while defending the country and the people from the enemy. National volunteers deserve our care and encouragement, and the government does everything in its power, training, equipping, caring, and reciprocating.”