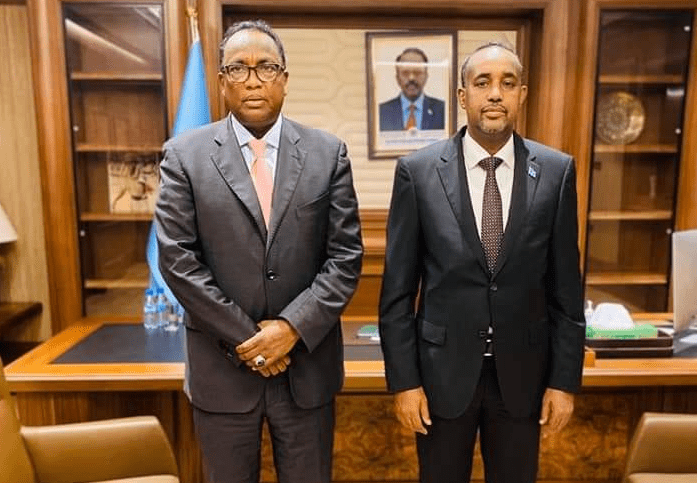 The meeting which took place in PM Roble’s office focused on wide range issues including elections, security as well as cooperation between the state and federal governments.

In a statement, Fiqi said Southwest is committed to play its role to make sure fair and free elections to take place as per the timetable.

Fiqi stated that he and PM Roble agreed to have common perspective over the upcoming elections which is to be hold late this year.

The speaker emphasized that the regional lawmakers in Southwest would leave no stone unturned to elect competent senators.

He said they also support the state government to carry out process of the Lower House members in a peaceful and transparency manner.