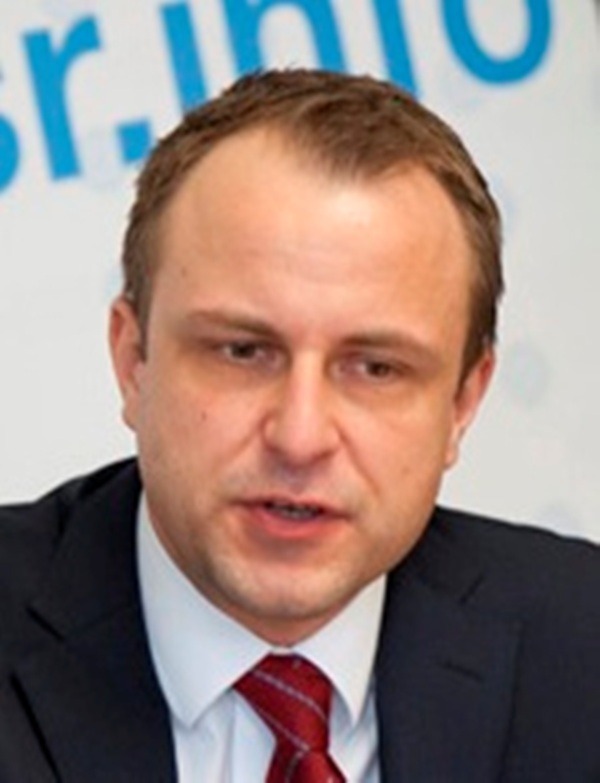 Djibouti (HAN) May 4, 2014 – Your Power & Influence Online Magazine: Geeska Afrika Online . Interview series conduct by John Amble, which will feature experts in their field answering questions on a topic of current relevance to the Horn of Africa’s Regional Security Updates, stability, defense, diplomacy, and foreign policy.  We received numerous responses to this article to re-publish this weekend, part of the Voices from the IGAD’s regional Security series, taking issue with the author’s opinion and assertions.

Peter Neumann, Ph.D. is Professor of Security Studies at the Department of War Studies, King’s College London, and serves as Director of the International Centre for the Study of Radicalization, which he founded in early 2008.  He recently visited Somalia, and we asked him for his thoughts about the Somalia’s security prospects, the current  state of Al-Shabaab militants, and the role of de-radicalization in mitigating the organization’s threats.

Editors’ note: To update you, this weekend,  we have published also the responses of our readers, including one by Somalia’s prime minister : Al-Shabaab is over, but The situation remains fragile

1.  Last week, not long after you left Mogadishu, Al-Shabaab claimed credit for a triple suicide bombing targeting a hotel in the city.  September saw the group’s audacious attack against the Westgate Mall in Nairobi.  Yet Somalia’s government seems anxious to convey a sense of restoration of normalcy.  From the people you met with, is there a consensus view about the current security trends in the country?

There’s a general consensus that al-Shabaab is on the defensive, having lost many of the areas – especially in the South – that it once considered its heartland. Kismayo and Baidoa, for example, are now firmly in the hands of the Somali government and AMISOM forces. Plenty of al-Shabaab members have defected, while others are hiding out in the countryside.

At the same time, no one’s yet celebrating. The situation remains fragile, and that’s for two reasons. First, al-Shabaab retains the ability to strike at targets pretty much anywhere in the country, including Mogadishu and other cities that are under the government’s control. That’s what we saw with the Jazeera hotel attack last week.

Second, for a while now, al-Shabaab has engaged in efforts to reach out beyond its traditional heartland. It has gained support in northern parts of the country, and continues to recruit people from Kenya and other East African countries. The Westgate attack last year was a manifestation of that.

Generally, therefore, what we’re seeing is al-Shabaab’s retreat from insurgency – holding territories and trying to govern them – back to terrorism, which is something the group’s leadership has been debating for a while.

That’s good news in the sense that al-Shabaab’s territorial ambitions have been thwarted, but it doesn’t (yet) translate into a stable situation. In fact, by anyone’s account, there still seems to be a long way to go until the Somali government has the capacity to hold – and govern – those areas on its own.

2.  With more and more people defecting from al-Shabaab, Somalia may at some point soon require a de-radicalization program.  Similar programs exist in several countries, including Saudi Arabia, Yemen, and Pakistan.  What features might the Somali centers borrow from these programs, and how might it be unique to reflect locally specific factors there?

De-radicalization and disengagement programs all over the world share a number of features. This includes a mix of programming (vocational and ideological), risk assessments, an emphasis on creating commitments, after-care, the prominent role of credible interlocutors or mentors, and the use of material incentives and inducements. (For a fuller explanation, have a look at this short video in which I summarize ICSR’s recent work on de-radicalization programs).

If Somalia decides to have its own program, I would expect those core characteristics to be reflected. At the same time, it’ll be important to tailor the program to the Somali context. One important insight from ICSR’s study of prison de-radicalization programs is that one size does not fit all, and that success depends, to a large degree, on the extent to which programs take advantage of local traditions, culture, customs, and the political situation in which  they are set.

I won’t be able to give you a full list of uniquely Somali conditions that would have to be factored in. That said, al-Shabaab defectors in Somalia won’t have to be entertained with Playstations like in Saudi, but they need decent, well run facilities in which they are safe; workshops in which they can learn a skill; competent mentors and administrators; and the buy-in from clan leaders and local communities, so they have a chance to re-integrate.

3.  There are a number of parties involved in the effort to secure and stabilise Somalia.  With respect to de-radicalization plans specifically, who will be the key stakeholders in the process in order for it to be successful?

Pretty much everyone, and that’s what would make it difficult. The Somali Federal government; local and community leaders where facilities are situated; NISA, the Somali government’s intelligence and security service; AMISOM; and  of course  the international community through the UN and European governments.

Countries like Norway have been absolutely exemplary in supporting peace-building efforts in Somalia, which – at times – have been quite risky, both security wise and politically. I hope others will follow their lead.

4.  Considering the specific motivations of al-Shabaab members and comparing them to those of fighters from other jihadist organizations you’ve studied, how would you characterise the challenge?

From all these conversations, it seems that the main challenge is very basic. The majority of Somali al-Shabaab fighters were swept up in the conflict – either because the group was holding areas in which they lived, because they were paid, or – in some cases – because they were forced to sign up.

They seem to be “accidental guerrillas,” as David Kilcullen put it, and for most of them, what’s required is basic job training, a degree of economic and social stability, and a community that welcomes them back. In conceptual terms, that’s demobilization, not de-radicalization.

The challenge is different for the 10-20% of the fighters who many officials in Somalia like to refer to as “brainwashed” – in other words, those who subscribe to al-Shabaab’s ideology and would need to go through more conventional “de-radicalization” or disengagement programs which challenge their views.

5.  Finally, true to our nature at War on the Rocks, we’ll shift gears for the last question.  You were in Tokyo for New Year’s Eve.  So is sake the best drink with which to ring in the new year?

The Japanese are not particularly enthusiastic when it comes to celebrating New Years. It’s more like a family holiday, with most people staying at home and the streets – even at midnight – being shockingly empty. There are no fireworks, and the only drunk people you see are other foreigners trying to “make it happen” on their own.

That said, I had plenty of fun with my family (my brother lives in Tokyo with his wife), drinking beer, a glass of champagne, and a couple of shots as the night wore on. Sorry to disappoint, but I didn’t have any sake at all!

– John Amble is the Managing Editor of War on the Rocks (Original Article 2014 January five-questions with peter neumann).  A former United States Army intelligence officer, he has been featured in print and broadcast media in the U.S. and Canada