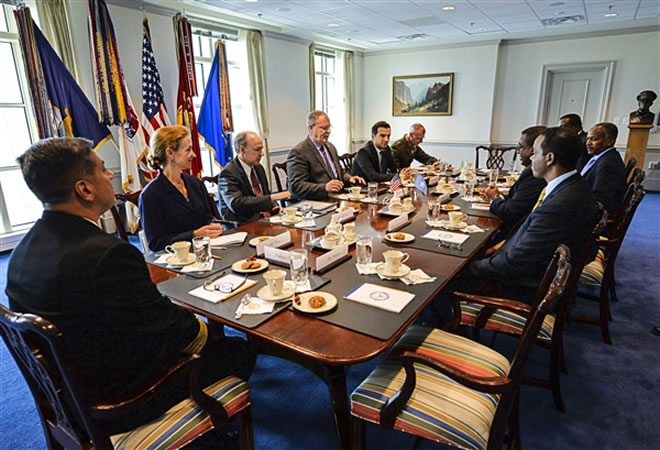 Work praised the success of Somali forces in degrading the al-Shabab militant group in the past two years, officials said.

Taking the Fight to Al-Shabaab: The leaders discussed how taking the fight to al-Shabab requires integrating regional militia forces into the Somali National Army deliberately, but without delay, officials said. The leaders also discussed successes of the Danab companies, which could serve as a good model for the rest of the Somali army, they added.

Work underscored the Defense Department’s strong commitment to supporting both the African Union Mission in Somalia and the development of Somali security forces, the statement said.

“The deputy secretary noted it is imperative that Somalia completes the state formation process in advance of holding elections next year, in line with the agreed timeline,” the statement said. “Progress on the political front is a necessary foundation for the development of Somali security forces.”

The leaders said they look forward to working together well into the future, the statement said.
Sources: DoD News, Defense Media Activity