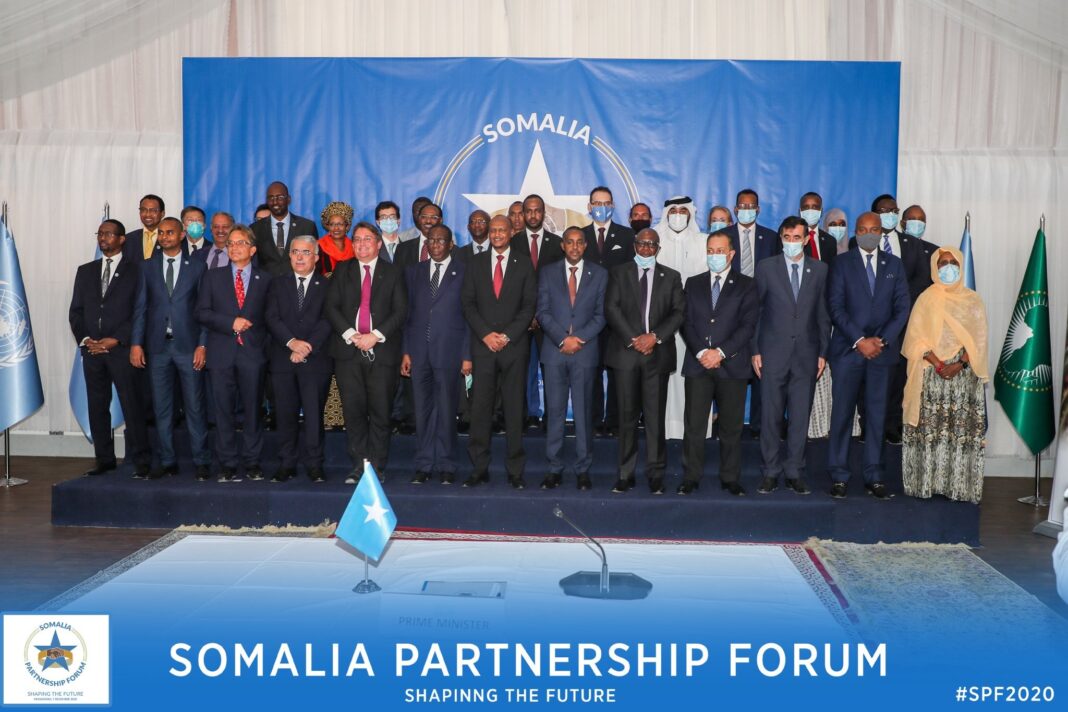 MOGADISHU (HAN) December 7.2020. Public Diplomacy and Regional Stability Initiatives News. Monitoring Regional Issues. Security has been tightened in Mogadishu ahead of the Somalia Partnership Forum set to kick off. The Prime Minister of the Federal Republic of Somalia Mohamed Hussein Roble is scheduled to open the Somali Partnership Forum in Mogadishu on Monday which will be attended by heads of state, regional governments and members of the International Community. Puntland & Jubaland leaders who rejected to attend in-person due to election deadlock will be joining the crucial talks over Zoom. The conference will focus on elections, security, continuing trade reform in the economy, progress on debt forgiveness and recovery from a cyclone. country.

“I’m vying for presidency to serve the country, make a difference,” says Hassan Khaire. He advises lawmakers not to accept a disputed national election to be held in Galmudug that could result in political turmoil and conflict.

Jubaland on Somalia 2020-21 elections: The Federal State demands the FGS to return Gedo to the rightful jurisdiction of it and restore the legitimate local admin that has been usurped by armed militia Villa Somalia dispatched to the region 10 months ago.

The conference will be addressed by the Prime Minister of Somalia, Mohamed Hussein Roble, heads of state and members of the international community, including the UN Special Representative for Somalia, James Swan, and the Special Representative of the Chairperson of the African Union, Ambassador Francisco Madeira. Also in attendance are Prime Minister Roble, Deputy Prime Minister Mahdi Guled, and Ministers of Defense, Security, Justice, Constitution, Women and the Chairman of the Independent Electoral Commission. National Halima yareey.