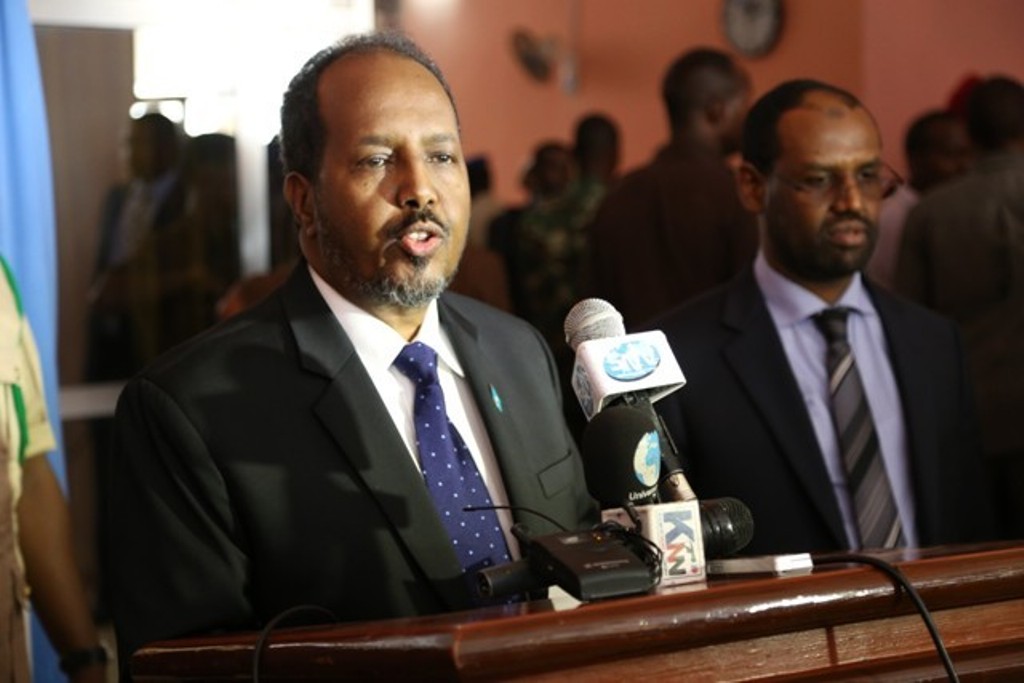 The Somali parliamentary session which was already running behind schedule ended almost as it began with these disruptions as the Speaker of Parliament, Mohamed Sheikh Osman Jawaari, brought it to an end after his calls for calm were rejected by protesting pro-Prime Minister lawmakers.

Somalia has remained in the grip of on-again, off-again violence since the outbreak of civil war in Somaliland in 1980s.

It is believed that there are about 165 lawmakers who signed a draft motion of no-confidence against the Prime Minister and many of these were frustrated with the outcome of the meeting in parliament today. More stressing for them is how long this behaviour will continue on the part of the Prime Minister’s supporters and what they can do about it next time.

“A few irresponsible people are shaming our parliament by not doing what they should do as lawmakers,” said an MP who spoke on the condition of anonymity. “I don’t support neither the President nor Prime Minister but people have to let parliament do its job.”

Other lawmakers who were approached for interviews expressed deep disappointment in their colleagues supporting the Prime Minister’s actions today but most understood that this is the only way his supporters can delay the vote or “pressurize the international community to help the Prime Minister.”

A regional security observer working with a regional security technical advisor to the Parliament who attended as an observer said that he had seen all this before with the former Prime Minister of Somalia, Abdi Farah Shirdon and all it does is sadly “delay the inevitable” unless their is reconciliation between President Hassan Sheikh and Prime Minister Abdiweli Sheikh Ahmed.