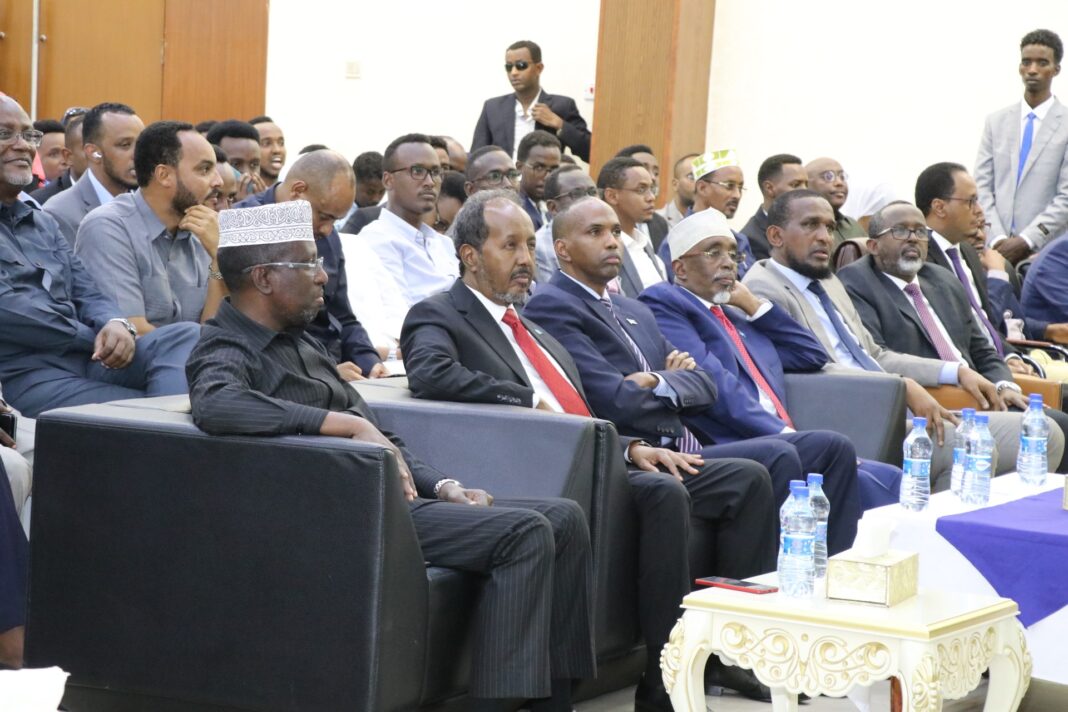 MOGADISHU – A crucial talk between leaders of Council of Presidential Candidates (CPC) and leaders of Hirshabelle and Galmudug states over the current political impasse have failed after the sides disagreed over number of issues.

Sources privy to the meeting have confirmed that CPC leaders demanded the two regional leaders to come clear about their position on Somalia’s Lower House of Parliament’s decision to extend the federal government’s term for two years.

The two leaders reportedly urged CPC to hold talks with president Mohamed Abdullahi Farmajo over the political deadlock but CPC turned down, culminating in the collapse of the meeting.

The move comes hours after President Farmajo, met with members of the international community including the Deputy Special Representative to the UN and Ambassadors from the EU, AU, UK and US.

During the meeting the foreign ambassadors reiterated its position to the Somali government that an extension was highly counter-productive.

According to sources, the representatives urged president Farmajo to hold talks with the regional states over ways to implement the Sep 17 agreement.