Home frontpage Somalia: Omar Abdirashid Appointed by the President of the Republic 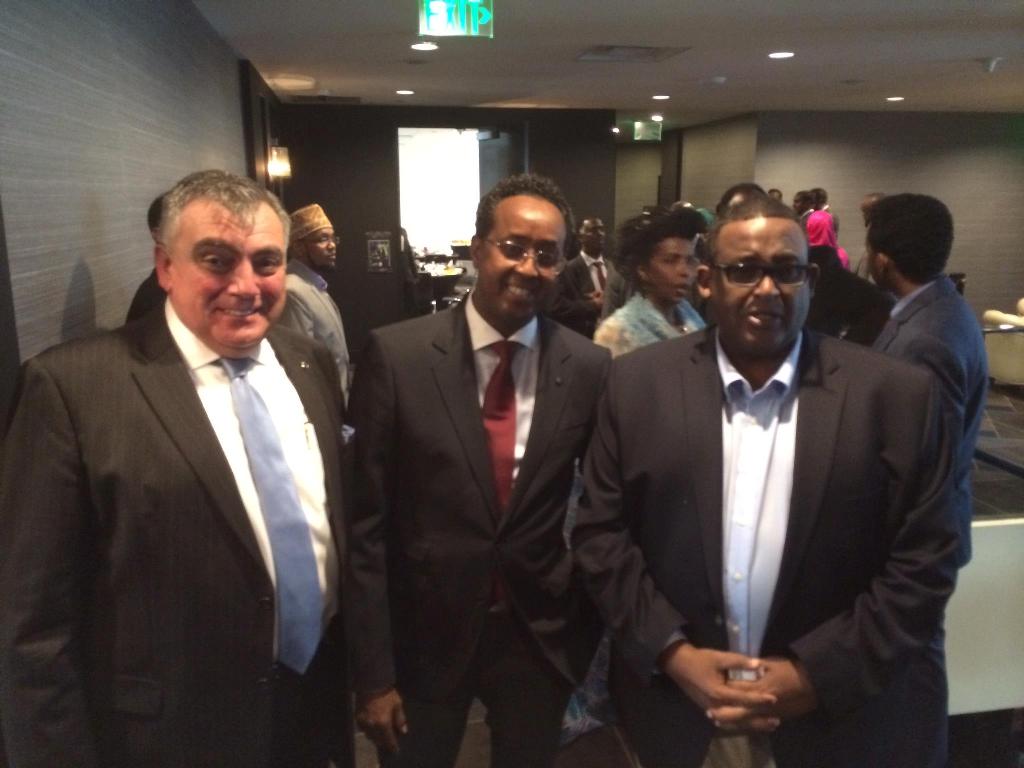 Omar Abdirashid Ali Sharmarke was Prime Minister of the Somalia’s transitional Federal government and he is the current Somali Ambassador to United States.

His excellency Omar Abdirashid Ali Sharmarke, who is from Puntland regional state of Somalia, is expected to be announced as the third Prime Minister of Somali Federal government in two years.

The Prime Minister is appointed by the President of the Somali Republic. The President can choose whomever he wants. While prime ministers are usually chosen from amongst the ranks of the National Parliment, on rare occasions the President has selected a non-officeholder because of their experience in governance or foreign service, or their success in business management — Omar Abdirashid Ali Sharmarke, for example, served as Prime Minister, during the Transitional Government of Sheikh Sharif, without ever having held an elected office in Somalia.


Photo: With Hashi Shafi of Somali-American and Ambassador Omar Abdirashid Ali Sharmarke, the first Somali Ambassador to the U.S. after more than two decades.