Home frontpage Somalia: "No Longer Failed State" and Other Sights and Sounds in E.... 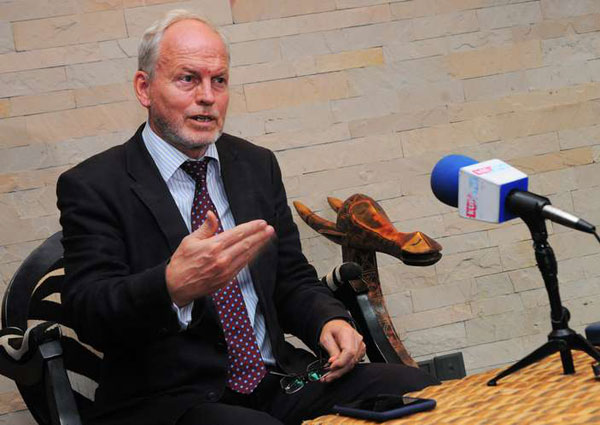 MOGADISHU (HAN) January 7, 2016 – Public Diplomacy and Regional Stability Initiatives News. As everyone was rushing for the holidays, there was a development in our region that seems to have escaped many people’s attention.

Nicolas Kay, the outgoing representative for the United Nations Secretary in Somalia, said the country was “no longer a failed state but a recovering fragile country”. Kay said in the last three years the country had stabilised, although there was still a lot of work to do, and that “Al-Shabaab will not succeed in undermining the progress being made.”

So what is going on? One could say credit goes to the African Union’s peacekeeping force in Somalia, Amisom. That is a powerful reason, but only one of many. Today we are interested in two other factors – the Somali people, and the general political winds in East and Central Africa.

It is worth noting that when Africans are not fighting for independence and some form of self-determination (as they did in South Sudan or Eritrea), they generally tend to get exhausted rather quickly. They will therefore fight with fury and murderous energy at the start, but after a few years the war tapers off or gets locked into a low intensity conflict.

Or it ends all together, as the leaders age and die off. In fact even in the case of a self-determination war like the long one that took place in South Sudan, the warriors were given to taking breaks. That is because, with the cultural commonalties, many SPLA fighters also had homes on the Ugandan side, for example.

They would return to Uganda during the planting and harvest seasons to work in their family garden and sell their produce, then go back to South Sudan in the dry “fighting season”. Anyway, anyone who has been to Mogadishu in recent years will be struck by how rapidly Somalis exploit “peace windows”. Within days of Amisom kicking out Shabaab from a place, they move in quickly and start building things.

Elsewhere in Africa, people wait for a formal end to conflict to be declared and for the government to plead, before they put money down. This “non-essentialisation” of the state, if we might call it that, allows for some very unusual but exciting things.

For example, it’s estimated that over 80 per cent of the currency, the Somali shilling, that is in circulation is counterfeit! In almost every country in the world, that would have stopped the economy in its tracks. The Somalis went about this in remarkable fashion – by taking the fake currency as “legal” tender in their transactions.

And in the conditions of war, last year the country opened a Stock Exchange, and Somali companies listed. The sum total of all this is that there is a spirited competition between the benefits of war and militia membership on one side, and the profit of unregulated commerce for the souls of the people on the other, in ways you probably won’t find anywhere in the world.

Secondly, the tide of insecurity has shifted in the region, and it seems cross-border terrorism has been stemmed. Partly because it has done the learning curve, the Kenyan government for the second half of 2015 seemed to finally be getting on top of the anti-terrorism war, thus cutting some of the arteries in the country that fed Shabaab.

And in the Democratic Republic of Congo, which has the largest UN peacekeeping operation in the world, another drawdown of the force is due, as the situation in the country is judged to have stabilised enough. The trouble spots have now moved to South Sudan, and Burundi.

Though these countries only recently emerged from war, the current conflicts are new. In South Sudan, the fight is among the southerners not against the “Arab north”. In Burundi, when they last killed each other, it was a Tutsi minority ruling being forced to share power.

Today, it’s a new majority Hutu elite under pressure from a range of “democratic” forces not to monopolise power. These events teach us that when states work at some things long enough, sometimes they eventually get them right. Also, that for a country to stabilise, the people don’t necessarily have to love each other. What they need is to be greedy enough to want to do business with them, irrespective of their clan or tribe.