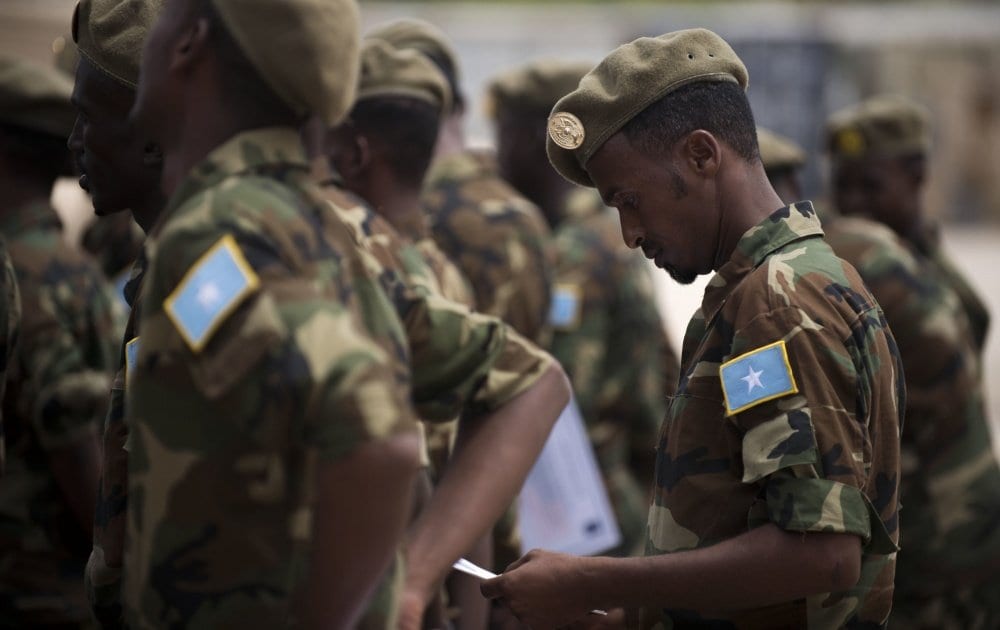 MOGADISHU (HAN) September 16. 2020. Public Diplomacy and Regional Stability Initiatives News. Monitoring Regional Issues. Some of the roads leading to the Somali presidential palace in Mogadishu have been taken over by Somali National Security and Intelligence Forces for hours today. The troops, armed with small arms and 90 vehicles, complained of lack pay for the past last three months.

They disrupted traffic and called on top Somali government officials and military commanders to give them the rights and pay for fighting in a war-torn area.

This comes at a time when Somali government officials, member states and the Benadir regional administration are meeting in Mogadishu at the presidential palace Villa Somalia.

Astonishing that @HSNQ_NISA soldiers are protesting and blocking main roads in Mogadishu over unpaid salaries. FGS hasn’t paid their salaries for the past 3-months. No unusual for Somali authorities to divert security payments for campaign finances during election seasons. https://t.co/9Cdu4wL69d