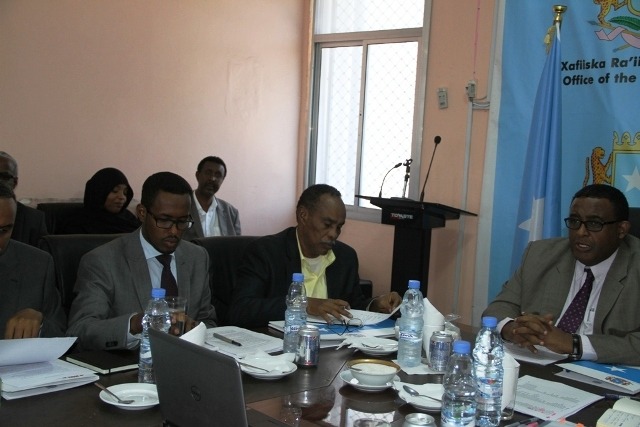 The Special Representative of the UN Secretary-General for Somalia (SRSG), Nicholas Kay, welcomed the interim ceasefire agreement reached by the Federal Government of Somalia and the Ahlu Sunna Wal Jamaa (ASWJ) in central Somalia.
As directed by Prime Minister Omar Abdi Rashid Sharmarke, a delegation has been in Guricel for several days led by the Defence Minister,  Abdiqadir Sheikh Dini. A five-point ceasefire agreement with the ASWJ administration was announced through official government media.

“I welcome the ceasefire agreement reached today between the Federal Government and Ahlu Sunna Wal Jamaa.

The two security  forces have agreed to separate, local people displaced by the conflict will be returned home and that formal talks to secure a lasting solution will begin within ten days. All parties must now refrain from any violent actions, and resolve their differences through peaceful dialogue and compromise.

The United Nations stands ready to support all such efforts,” SRSG Kay said.