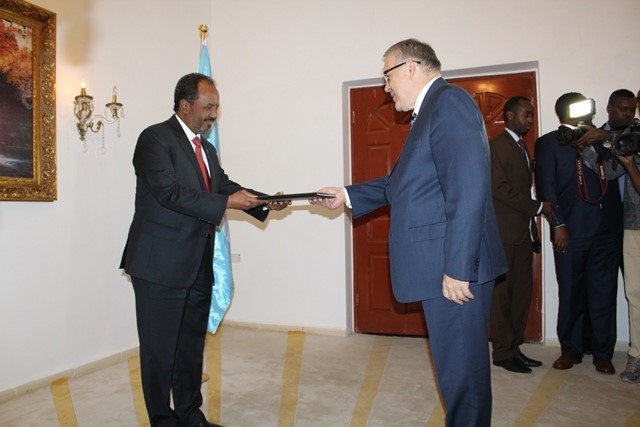 Russia has appointed a new ambassador to Somalia, a move to restore the bilateral relations of both countries.
The New Russian Ambassador, Sergey Kuznetsov presented his credentials to the Somali President Hassan Sheikh Mohamud in a ceremony held at the Presidential Palace.