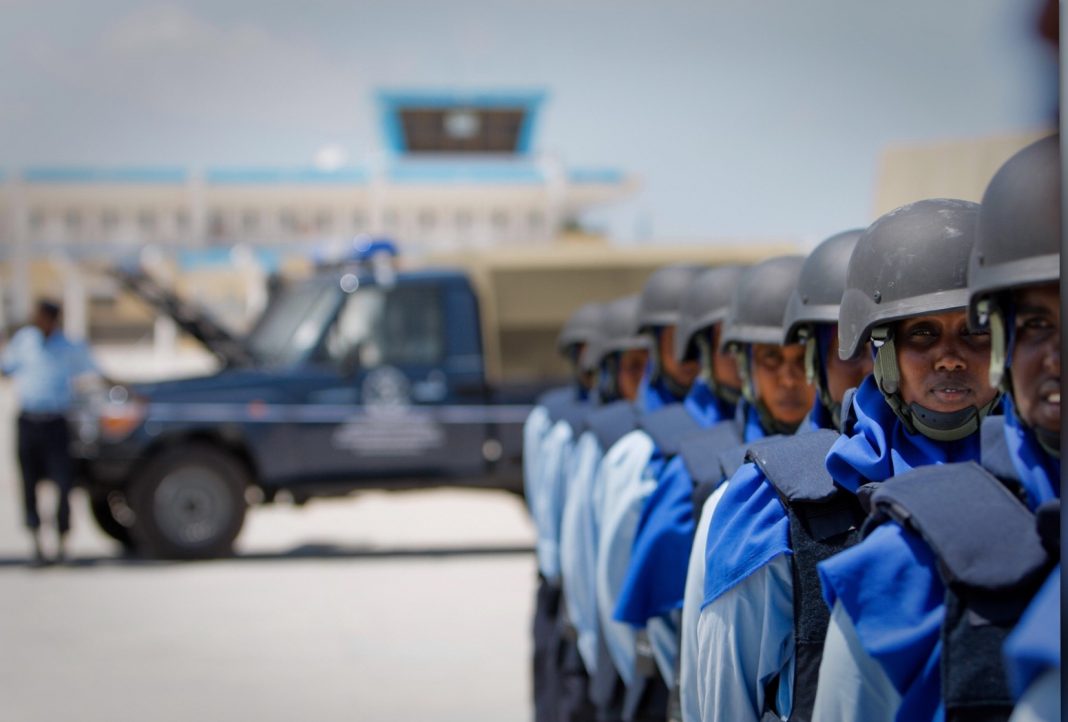 New York (HAN) November 15.2016. Public Diplomacy & Regional Security News.BY:Ilya Gridneff and Brian O’Sullivan (A former ROLSIG officer in Somalia). Ethiopia’s recent military withdrawal from key areas in Somalia, and the speed at which al-Shabaab extremists filled the power vacuum, is a significant reminder of the limited progress made in building a credible Somali fighting force and again exposes the fragility of the country’s security architecture.

Ethiopia remains committed to the African Union Mission to Somalia (AMISOM), with some 4,000 Ethiopian National Defence Forces (ENDF) troops stationed along the Somali/Ethiopian border in the South West State, Hiraan, and Galgaduud regions. But over the past

four months ENDF troops operating outside the mandate of AMISOM have, with little warning, abandoned at least eight locations in Somalia. In each case the targeted town was immediately overrun by al-Shabaab members, who summarily executed suspected “collaborators” with the group’s opponents.

These recent developments are a stark reminder that, despite the presence of 22,000 AMISOM troops and hundreds of millions of dollars from international donors invested in training and equipping the Somali National Army, momentum in the campaign against al-Shabaab

has largely stalled. Somalia’s current security apparatus remains ill-prepared to take over the responsibility for the provision of state security should AMISOM forces withdraw prior to 2020.

Confronted with this deadline, the international community is contemplating a paradigm shift in the nature of its support to Somalia’s security sector, pivoting from a highly centralized approach to one more closely aligned with the country’s new federal structure

and political realities on the ground.

This new path is being spearheaded by the “S6” group, which includes the main donors to Somalia’s security sector: Turkey, the United Arab Emirates, European Union, United States, United Kingdom, and United Nations. Formed in May 2016, the group is hammering

out a consensus on a common approach, and while challenges remain in aligning foreign interests, there is unanimity that enhanced coordination in security assistance is essential in protecting Somalia’s hard fought political progress.

To date, international security assistance has predominantly followed a Mogadishu-based centralized approach in developing the army. But this has generated a force that is widely perceived to be lacking a genuinely national character, skewed in favor of certain

clans, and lacking either discipline or cohesion. As a result, in many areas the population places greater confidence in local forces, and some communities that feel aggrieved or politically marginalized enter marriages of convenience with al-Shabaab.

Under Somalia’s current centralized security framework, the status of many local forces is ambiguous. A new policing model acknowledges that federal states will run their own police forces, but the division of labor between state and federal police jurisdictions

is a work in progress. Moreover, most of Somalia’s emerging federal states dispose of Daraawiish, or special paramilitary police forces, that enjoy a closer connection to local communities and are more trusted by regional political authorities than the army.

These local forces have often proven themselves to be more effective in providing security in their home areas, and more committed to fighting al-Shabaab, than “alien” forces dispatched from Mogadishu.

Somalia’s government ultimately envisages a 28,000-strong national army but World Bank/UN projections to be published later this year suggest that they will be unable to afford a force of this size. Nor do these figures seem to be based on a clear-eyed appraisal

of Somalia’s security requirements, given that responsibility for countering terrorism should eventually be transferred from the military to the police, and that—distasteful as this may sound to many Somalis—the nation’s security and sovereignty are currently guaranteed more by its immediate neighbors than by the army.

Under Somalia’s provisional constitution, responsibility for developing “an integrated security framework to address the present and future needs of Somalia” is assigned to the independent national security commission and to parliament, not to the federal government

alone. The constitution also requires the federal states to be consulted on security arrangements. On these grounds, in September 2016 the National Leadership Forum (NLF), comprised of the principal leaders of the federal institutions as well as the emerging

and existing federal states, discussed the joint establishment of the new security commission.

As an inclusive forum that relies on a co-governance, accommodation, and consensus-based decision-making, the NLF provides an authentic balancing mechanism among key Somali stakeholders and not just Mogadishu-based powerbrokers. However, criticisms of the NLF

include its supposed bypassing of parliament and the hijacking of the electoral process. Two of its members, Puntland and Galmudug, have engaged in armed hostilities over the central Somali town of Gaalka’yo. But the NLF is grounded in political realities,

reflecting Somalia’s multipolar power distribution at this stage of its complex political transition.

Weaving together Somalia’s disparate armed forces and militias in a coherent, capable, and trusted security establishment clearly cannot be achieved by the current formula of central fiat, wishful thinking, and donor largesse. Nor will the state’s determination

to achieve a monopoly on the legitimate use of force prove successful and stable if it appears to favor certain regions and clans at the expense of others. Security sector development in Somalia will necessarily be a phased process, requiring painstaking and detailed negotiation at all levels.

As Somalia prepares to usher in a new government in early 2017, the formation of the new national security commission and the re-balancing of the S6 group’s security assistance in favor of a more decentralized and inclusive paradigm would be timely. The contours

of a fresh approach to rebuilding Somalia’s security sector are beginning to take shape. Progress is likely to be painful and slow but ultimately more authentic and less easily reversible than past “achievements.” While collective decision-making is neither

the most efficient nor elegant of political processes, the NLF’s success in negotiating a political roadmap towards 2020 suggests that a similar approach to security governance could also bear fruit.