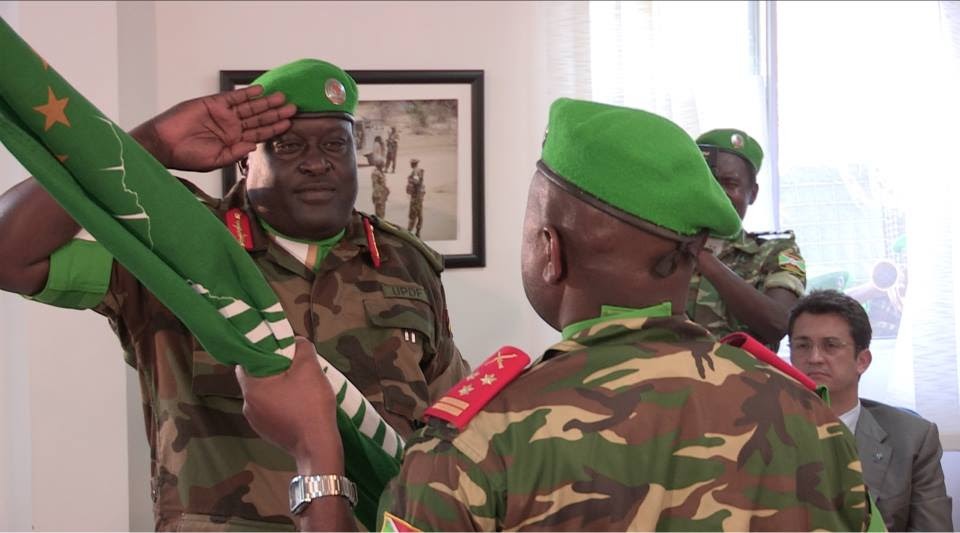 Addis Ababa (HAN) May 2, 2014. Updated diplomatic and Security tactics in the region.  African Union forces have wrested control of territory from Al-Shabab militants in southern Somalia. But as VOA’s Gabe Joselow reports from the frontlines, with ever-changing tactics, the terrorist group has proven to be hard to finish off.

“A legitimate force, that has the ability to make peace, needs to be on the ground as soon as possible,”  John Kerry told reporters.


The United Nations Special Envoy to Somalia Nicholas Kay has stated that the federal government of Somalia faces tough challenges in its quest to rebuild functional state institutions. While, British Envoy to Somalia Neil Wigan has  visited in the port city of Kismayu, the administrative seat of Lower Jubba region. The delegation had earlier met with Interim Jubba Administration officials and the community elders and discussed on various issues including British-funded development projects in Kismayu. Interim Jubba Administration leader Ahmed Mohamed Islam (Madobe) thanked the British government for implementing developmental projects.

According to this new article by the Africa Confidential, things are not working well in Mogadishu, Somalis are dying out of terrorism and hunger, state recovery is slipping out of hand, and reconciliation is not even part of the Federal government’s agenda, not to mention some elites now on the pinch trying to distort what had happened in 1991, what is to be done? What do Somali need to do in order to reunite and rescue their nation, including the possibility of taking “out of the box” measures. Do we need A National Salivation Program (NSP)? Difficult times call for unconventional approaches. according to the official Facebook of Faisal Roble.

In a piece entitled, Somalia Regime’s Grip Weakness, Hassan Sheikh’s government can’t plug the leaks in public finances while Al Shabaab attacks increase in the capital. It’s a dangerous combination. This is what the Africa Confidential Panphelet says:

“Somalia is beleaguered on all fronts: terrorist attacks are on the rise, the government cannot tackle the chronic theft of public money and the international community is losing confidence in President Hassan Sheikh Mohamud. Conditions are also deteriorating for the public: reports are coming in of people dying of thirst and the United Nations’ humanitarian appeal had reached only 3% of the required US$933 million by 20 March. There are signs that the government’s authority is slipping and that clan competition to grab power is overpowering efforts to build viable state institutions. This raises doubts about whether the review of the constitution can be completed by the end of the government’s term in 2016 and whether planned elections can take place then. A growing number of Western governments are taking this pessimistic view, we understand. Not all the news is bad, as the African Union Mission in Somalia (Amisom) military offensive has made some significant gains but the overall mood is gloomy.”

Somalis are not the ones who see the weakness of the President with regards to his decision making, according to Dr.Hassan Farah, a Political Analyst . The United States National Intelligence Director James Clapper talking to US Senate early this year said “The credibility and effectiveness of the young Somali government will be further threatened by persistent political infighting, weak leadership from President Hassan Sheikh Mohamoud, ill-equipped government institutions and pervasive technical, political and administrative shortfalls,” Political analysts concluded that it is unusual for Clapper to directly mention the President’s name on his report.
See more at the latest updates Fellow twitter.com/GeskaAfrika