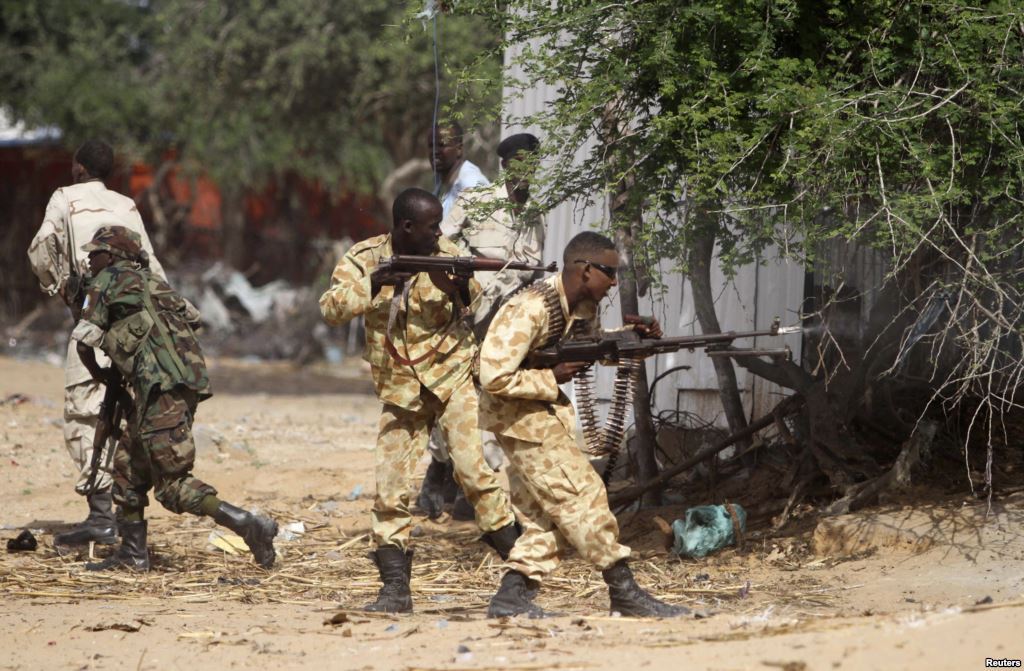 Somali National army regained control of a high security prison in the capital that was attacked by seven heavily armed Al-shabaab fighter who attempted to free other extremists held there, officials said.
A reliable source told Geeska Afrika Online, that Al-shabaab militants first action detonated car bomb near the gate of the main prison, own by NSS (Somali National security agency), then heavily armed militants tried to entered the main NSS building. 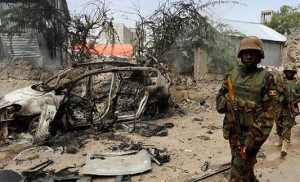 Al-shabaab militants used military uniforms to undermine physical security checkpoints before storming the prison, they’re inside now, according to Witnesses.

The Somali Islamic militant fighter with their radical elements in Mogadishu repeatedly attempted to gain control the main strategic location in Mogadishu. 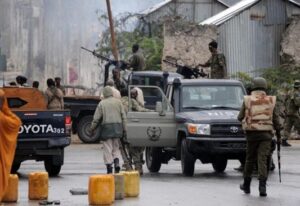