Home frontpage Somalia: National Interest is Above All 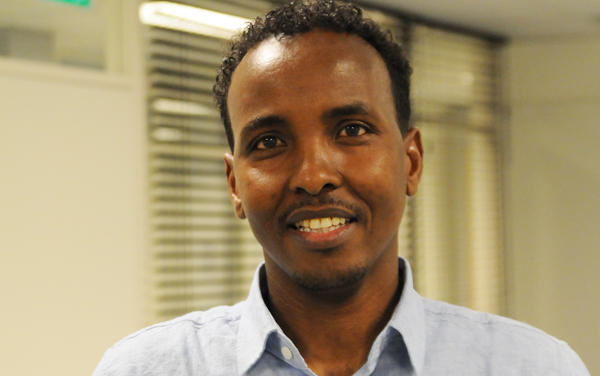 MOGADISHU (HAN) December 14, 2015 – Public Diplomacy and Regional Stability Initiatives News. By: Abdi A Gele (PhD). Poor leadership and consequent injustice was the root cause of Somalia’s conflict, which eventually led to the collapse of the state and subsequent clan-war. After 25 years of clan competitions with each clan trying to dominate the country’s political power, Somali people, from all walks of life, have realized that they are interdependent. If a single clan is marginalized from power sharing or resources, the rest will come to a standstill and no one clan can prosper without others prospering.

This realization has affected Somali people’s loyalty to clan politics. However, while clan based policy has lost its support mainly from young generations that constitute about 80% of Somalia’s population, two types of men continue to support clan based policy in Somalia; a man of no principle, and a man of one principle – to loot the public fund under the protection of clan system. The two men’s support is solely based on their conviction that if clan system disappears, they will disappear from political environment too. Accordingly, the current Somalia’s political circle has been dominated by people who lack political vision and skills to take the country to the desired progress. Instead of focusing on national interest, leaders put increased emphasis on manipulating clan system in their own self-interest.

Very recently, there has been so called national consultative meeting for 2016 election system that was held in few districts. The government in collaboration with regional leaders directed the consultative meetings. However, the planning and implementation processes have not been transparent. There were no independent observers in monitoring the process to ensure that people involved in the discussion were free from coercion. Consequently, people who participated in the meetings in Kismayo, Baidoa, Adado, Mogadishu and Garowe were allegedly individuals who were handpicked by national and regional leaders, just to express individual leader’s political views instead of public views.

Therefore, the result of the discussions were known by the public long before the initiation of actual discussions. For instance, it was clear that people who met in Adado and Badoa would favor in 4.5 system of election, because leaders of the two administrations plus the president think they can stay on power only through 4.5 system. On the other hand, it was clear that people in Kismayo and Garowe would be in favor of district based system of election because the leaders in the two administrations were unhappy with 4.5 system.

The disagreement and the lack of compromises among leaders may gradually encourage armed confrontations and unnecessary suspicions among Somali clans. The divisive behavior of regional and national leaders may risk the country to a new wave of clan conflict; a division that is unsolicited by majority of Somali public. Further, hopelessness and despair created by clan-conflict may help resurgence of al-Shabaab and undermine the Somalia’s and international community’s efforts to achieve stable and prospering Somalia. Very recently, we witnessed clan- conflict in Galka’ayo, Beledweyne and Marka; a sign of political failure and revitalization of clan-war in the country.

Somali people did not deserve constant killing, displacement, terrorism, and migration, all of which being the result of 25 years of poor leadership. While country’s political elites, scholars, and its great talents are locked out of the political circle by the clan-base policy, it is international community’s responsibility to prevent the misuse of power and ensure that the country adopt to an election system with potential to take this country to the right path.

International community, particularly UN office is, at this stage, the voice of the majority of Somali people who remain voiceless in the political process. Therefore, in the face of selfish-leaders pursuing their own interests, the UN-office in collaboration with Somali elites in the diaspora should act authoritatively to safeguard the national interests and stop selfish-leaders from drugging the country into further chaos. International community should do everything possible to ensure that, in 2016, leaders and parliamentarians are not selected but elected through fair and transparent process, in addition to employing strict measures that stop individuals who were repeatedly indicted with corruption and misuse of power from participating the election process.

Abdi A Gele (PhD): is a senior researcher at the Norwegian Center for Minority Health Research.