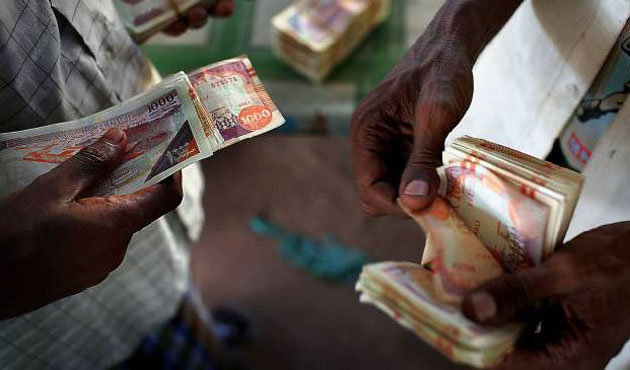 Somalia is a country under renaissance. The economic and political rebirth amidst the meager resources coupled by narrowed capacity for revenue collection means a lot of prudence needs to be applied to enable the country utilise her national revenues in the interest of the public and her future economic standing.

Weak administrative systems and large loopholes threaten the Somalia’s ability to stabilise economically and stay on a recovery path according to the latest research indicators.
Various international governance indexes rank Somalia last or near last on corruption and accountability.

In its rankings of more than 200 countries, the World Bank Governance Indicators place Somalia last or near last on control of corruption, government effectiveness, political stability and absence of violence/terrorism, regulatory quality, rule of law, and voice and accountability.

In 2014 Transparency International ranked Somalia 174th of 175 countries. The Ibrahim Index of African Governance ranks Somalia last, with a mere 8.6 out of 100 points—16.2 points behind the second- last country (Chad). Alternative accountability mechanisms, such as the media or civil society, are barely functioning: Reporters without Borders ranks Somalia 176th out of 180 countries in terms of press freedom.

“Somalia has suffered from severe corruption and embezzlement of public funds, the absence of any accountability mechanisms for public servants or politicians, and the flourishing of networks that profit significantly from their absence. The lack of accountability mechanisms undermines the process of stabilization and state formation,” the PWC report noted. The danger of this continued presence of spoilers at most levels of governance erodes confidence that change is closer to be achieved and jeopardizes the emergence of a new cadre of honest administrators.

As a result of this continued predatory behavior by public and private actors in the political, economic, and security arenas, a lot of mistrust has been sowed between the state and civil society leaving a vacuum of public authority that traditional authorities, religious leaders, and rent-seeking networks of de facto authority have filled. This may be disastrous.

The Somali Investor Magazine now examines what the country need to do to emerge from this situation threatening to be the disruptive force against the path of rebirth Somalia is walking on.

One critical reform the government will need to invest into is the Public Financial Management (PFM) System. Building a PFM system is a fundamental part of the Federal Government of Somalia’s process of reestablishing itself as a functioning entity after decades of conflict.
PFM institutions and systems govern how governments collect, allocate, spend, and account for public money. PFM reform— improving business processes, technology, policy and regulations, organization, and human resources—is critical, because without a well- functioning public financial system, a government cannot collect and account for resources effectively, deliver services, and gain the trust and confidence of the population.
An Audit conducted by independent auditors in 2012 found out that the civil war did not destroy Somalia’s federal- level PFM systems. A government-led self- assessment of PFM undertaken in 2013 showed that many basic prewar operating capabilities remain in place, although they are neither effective nor efficient.

It found that systems had become highly personalized and informal. The self- assessment provided a basis for the FGS to develop a PFM reform path. These reforms are informed by experience in other fragile and conflict-affected contexts. The reform trajectory is incremental, builds on existing systems, and uses a flexible learning-by-doing approach to allow constant review and adaptation as new information and challenges emerge.

One thing to note though is that PFM reform takes at least a generation. It took the 20 fastest-moving countries an average of 20 years to achieve functioning bureaucratic quality and 27 years to bring corruption under reasonable control, according to the 2011 World Development Report.

It is important not to place too many demands and expectations on PFM institutions in too short a period, because failure to deliver against unrealistic expectations produces a loss of confidence and legitimacy according to the World Bank (2011).

In the case of Somalia, the legal and regulatory framework for PFM is inadequate and is being revamped The FGS still relies on PFM regulations enacted in 1961, with some amendments made in 1971. These regulations provide guidance for revenue collection, annual budgeting, and the budget formulation process, as well as some provisions on budget execution, procurement, and banking arrangements. However, the regulations are inadequate to address comprehensively the complex environment in which the FGS now operates.

“The FGS is committed to improving financial governance and accountability, but it lacks a sound legal framework. Continued effort is required from all stakeholders to ensure that sound PFM laws are passed and implemented. The draft laws, including the PFM bill, the procurement bill, and the audit bill, have not been legislated. The government needs to disseminate the laws, implement them, and train staff in their use” the IFC said it its 2014 report on Somalia’s economic reforms.
Although the government has made progress in improving the weak PFM legal and regulatory framework, more still needs to be done. The   2013 establishment of a Financial Governance Committee (FGC), a hybrid government/international oversight mechanism has at least helped coordinate policy dialogue and increased the accountability of Somalia’s concessions and procurement policies and practice.

“THE FGS IS COMMITTED TO IMPROVING FINANCIAL GOVERNANCE AND ACCOUNTABILITY, BUT IT LACKS A SOUND LEGAL FRAMEWORK. CONTINUED EFFORT IS REQUIRED FROM ALL STAKEHOLDERS TO ENSURE THAT SOUND PFM LAWS ARE PASSED AND IMPLEMENTED. THE DRAFT LAWS, INCLUDING THE PFM BILL, THE PROCUREMENT BILL, AND THE AUDIT BILL, HAVE NOT BEEN LEGISLATED. THE GOVERNMENT NEEDS TO DISSEMINATE THE LAWS, IMPLEMENT THEM, AND TRAIN STAFF IN THEIR USE”. INTERNATIONAL FINANCIAL COOPERATION 2014 REPORT ON SOMALIA’S ECONOMIC REFORMS.

Years of de facto PFM practice that diverged from an outdated legal framework means that adherence to laws and regulations is weak. Reform on this front will need to be complemented with intensive support to other change management dimensions.

The World Bank in its inaugural Economic Update on gave the FGS some credit for its functional Somalia Financial Management Information System (SFMIS) “All revenue and payment transactions are now processed through it and reconciled with the CBS. The SFMIS is user-friendly, robust, and secure. It focuses on capturing the approved budget, payments, and revenues; accounting for and posting financial reports; and ensuring budget controls. Budget and financial reports are now posted on the Ministry of Finance website as part of the government’s commitment to transparency,” the global lender noted.

The government has however not done enough to implement additional modules in the SFMIS and put more emphasis on training and change management. The update also noted that procurement related crime is still rampant. Procurement of goods and services does not follow procurement rules and the award of contracts is not based on open competition. No justifications are made for the procurement decisions made.

There is need to have all the procurement regulations updated properly and all previous contacts thoroughly reviewed, some which include disposal of key government assets.

The Ministry of Finance has developed a Procurement Amendment Bill, which has been endorsed by the Council of Ministers is yet to be passed by Parliament.

Procurement fraud is a major loophole for financial loss and the government needs to address these loopholes early enough before huge revenue losses occur that may deny Somalia a chance to achieve meaningful economic reforms.

The degree of transparency and competition in procurement will be tested after adoption and implementation of these procurement rules and tools in executing the budget.

Capacity building of procurement department officers in the Ministry of Finance and line ministries is required to ensure effective implementation of the procurement rules.