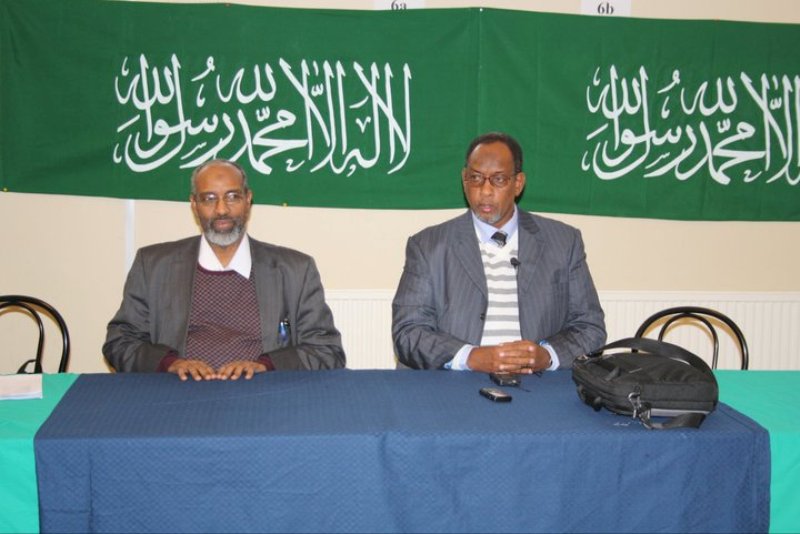 “On behalf of the name of Al-Islah Islamic organization and the name of Somali Islamic Schoolers; I am condemning in the strongest words that the Somali president has attended the inauguration of the dictator who indiscriminately shed the blood of his civilians. President Hassan Sheikh  didn’t respect the feeling of the Somali people because Al-Sisi is an authoritarian who is not democratically elected president hence he came to power after he made a coup d’état,” Said Dr. Ali Bashe Omer Roraye, the chaiman of  Muslim Brotherhood of Somalia ( known Al-islah or Al-Islaax)

Egypt’s ex-army chief and elected president Abdel Fattah Al-Sisi has declared that the Muslim Brotherhood movement of ousted president Mohammed Morsi was “finished” in Egypt and would not return if he was elected.  “I did not finish it, you Egyptians finished it,” Sisi replied when asked if the Brotherhood was “finished.”

Dr. Ali Bashe  added he is deeply deplorable that the Somali president has attended the inauguration of the president who had come to power after he massacred his Egyptian  people.

“Most of the IGAD countries have boycotted to attend his inauguration ceremony as we are a member of IGAD, we didn’t do the same,”  Dr. Ali Bashe  concluded his remarks.
Ethiopia welcomes Egypt’s new President

A spokesman for the Egyptian presidency, Ihab Badawy, said that El-Sisi stressed the deep, historical bonds between the two countries and insisted that the issue concerning Ethiopia’s Grand Renaissance Dam “should be solved through dialogue”.

El-Sisi said that Egypt understands Ethiopia’s needs for development and thus Ethiopia should understand Egypt’s needs to its share of the Nile.

According toAmbassador  Mohamoud Dirir, the Ethiopian foreign minister stressed that Ethiopia does not intend to minimize Egypt’s share of Nile water and that the dam’s purpose is to generate electricity.