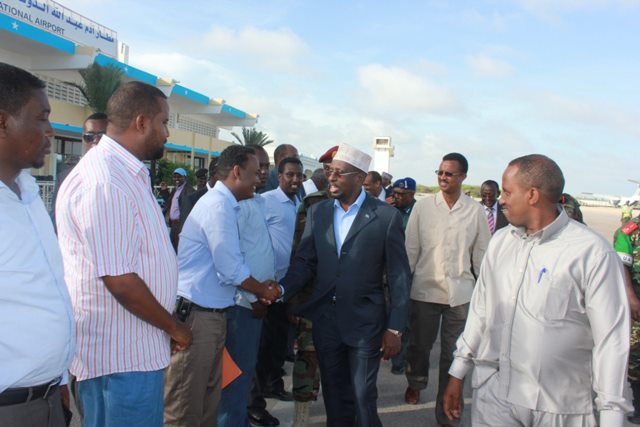 During Somalia’s transitional period, successive governments lacked the ability to propose a cohesive plan to advance the
Country’s political system and with it their own legitimacy. They have therefore invariably ended up in a hasty and chaotic transfer of power at the end of their respective mandates. Many conferences were staged in the country and abroad in the last 25 years with the aim of addressing reconciliation, fair representation, political legitimacy and cobbling together the different Somali factions into one government in order to repair this fractured nation.

One exception, perhaps, was the last year of the Transitional Federal Government (TFG) in 2011 and 2012 when the government, in partnership with the international community, designed and implemented a well-defined roadmap with timelines, benchmarks, monitoring and evaluation, supervision and follow-up mechanisms that were witnessed by the Somali people and their international partners. The roadmap process, though not flawless, did three things to end transition:

It positively and fairly addressed issues of drafting, negotiations and adoption processes of the constitution by the National Constituent Assembly (NCA).
It articulated guidelines and political protocols to reform the parliament through enhanced mechanisms that brought together Somalia’s elders, who selected the members of the current parliament.
It empowered the Technical Selection Committee (TSC), which played a vital role putting in place a transparent process for the selection of the new parliament.
As a result of these processes, the bloated 550 person parliament was reduced to half its former size, including new members who are more literate, accountable and committed to furthering the national debate.

Two and half years after the completion of the Roadmap and the end of the transitional period, the country is at a crossroads and there is general confusion as to how or when the proposed 2016 elections will take place. As such, there is a prevailing sense of urgency and need for a new Roadmap that articulates transparent processes that can help prepare the country for elections.

To its credit, the current administration in its first year in power offered a vision to address the mechanics and infrastructure necessary for holding such polls. This included a review of the constitution, adoption of said document through a referendum and the completion of the formation of regional states.

I was a co-author of Vision 2016 during my tenure as a presidential Chief-of-Staff and it is a document that I am very proud of. It is my considered opinion that this document could have been effectively used to take the country forward if the requisite political will, capital and vision had been invested in it.

It is nearly two years since the introduction of the Vision 2016 document and still many of the deadlines are unfulfilled for reasons of power politics, exclusivist posturing, a dysfunctional system and constant bickering between the two key executive offices (executive and legislature). Nevertheless, some parameters have been achieved, such as establishing the structures of the Interim Juba Administration and Interim South West Administration, signing the agreement to establish an Interim Central Somalia Administration comprised of Mudug and Galgadud, and nascent efforts to kick-start a new state formation process in Hiiraan and Middle Shabelle. On the Constitutional front, some constitutionally mandated commissions have been established and review and oversight work by the Parliamentary Oversight committee is underway.

On the other hand, the section of the Vision 2016 document dealing with elections has always been vague, with no concrete actionable proposal except the bold promise that they would take place in 2016. To his credit, in September 2013 President Hassan Sheikh Mohamud promised that there will never be an extension or reversion back to the 2012 ‘Elders’ process’ and that his administration will aim to achieve the 2016 deadline. But one thing that has not been fully explained is how it will be possible to hold general elections based on the principle of one person one vote while we are behind schedule with many of the key logistical targets written into Vision 2016, such as the setting up of the Electoral Commission and the registration of voters.

Additionally, security considerations would not permit elections at a time when the Federal Government and its allies have not fully liberated a quite significant number of districts and villages throughout South and Central Somalia.

Furthermore, specialists on electoral operations believe that, in this current setting, it would take years of painstaking preparation to achieve a direct election through the ballot box beyond 2016. With such a bleak scenario, is there an alternative model that can deliver elections in September 2016 with adequate participation and genuine representation?

A Blueprint for Indirect Elections

The intention of this proposal is to neither advocate for a lazy extension nor for an alternative that irresponsibly places power in the hands of a few politicians whose very legitimacy is contested, but to advocate for Indirect Elections in 2016 that will ensure wider participation, focus on a national agenda, enhanced legitimacy, provide an unquestionable mandate from the people and an incorruptible system. Such a model should also be used to steer us away from the current clan-based political mindset to platforms and party politics with leaders of vision.

For Indirect Elections to succeed, this proposal employs the widely agreed 90+ districts of 1991 as the body politic and basis for electoral constituents with representation of 1,100 individuals for each and every district countrywide serving as an Electoral College, termed as District-based Electorate Representatives (DBER). The members of the proposed Electoral Colleges can be selected with agreed upon criteria and segmentation, managed through district selection committees supervised by the National Independent Electoral Commission (NIEC). The total voters coming from these districts will be around 100,000+ people; a number that will be large enough to qualify for General Indirect Elections and give, comparatively, a more legitimate mandate to the next government.

What follows is a list of total voters in from different interim regions, as per my Indirect Election proposal and based on pre-1991 districts:

A special mechanism will be designed for Somaliland which will depend on the outcome of the current Istanbul talks.

In order to avoid the chaos and political disruption that often comes with infant democracies, this paper proposes basing the number and setting of the current parliament structure of 4.5 formula on the indirect elections. The elections will be based on party political representation and each party will enlist 275 candidates on its platform and will contest elections in all districts, appealing to the electoral colleges of all the districts for votes.

Essentially, people will vote for parties based on their programmes and party leaders will appeal to the 100,000+ national voters instead of the narrow base of his/her clan, since all clans are represented in every party list. Moreover, parties will share membership in parliament depending on the percentage they obtain in the national elections under the supervision of the National Independent Electoral Commission, which will make sure the clans are all adequately and fairly represented. Finally, the party that obtains the majority of seats will form the government, and if there is no party with a clear majority, coalitions of parties can form a government on a common agreement.

For this proposal to be implemented, the current executive needs to move quickly and smartly, carrying out a thorough review of Vision 2016, tell the truth to the public, to decide and declare that an election based on one person one vote is not practical for 2016.

It should also come up with an Action Plan for Indirect Elections, work closely with the Federal Member States (FMS) and Interim Regional Administrations (IRA) through constitutional conferences and establish protocols that can be turned to legislation through the parliament. In other words, the Executive, as a matter of urgency, needs to draw up a Roadmap to take the country to indirect elections. The Roadmap ought to have clearly-defined benchmarks, timelines, monitoring and evaluation schemes and also prepare logistical plans for this type of election to take place in 2016.

Consequences and Contingencies With the proliferation of parliamentary caucuses and their constant motions and impeachments that have threatened the entire system, the consequences of not charting an alternative path now are huge and should the 2016 D-Day arrive with no plans for a politically safe exit strategy, the implications for the future of Somalia are unimaginable. The country will face a new era of political uncertainty with no legitimate structures to take it from the current fragile status, and transition it to a full democracy as the Provisional Constitution directs.
Additionally, with no legitimate order at the federal level, the current feverish movement towards interim regional state formations designed to lead to the future federal units could stall, and some regions may even lose interest with the central government, thereby taking us back to the pre-Roadmap era of 2010 and beyond. It is therefore high time for Somalis and the international community to start a sidebar conversation on this pressing issue and seriously reflect on a contingency plan.

This alternative path can be redesigned, improved and adjusted. It strives to meet the expectations and commitments made collectively both by the Somali people and the international community, that in 2016 we must not extend the life of the current government or go back to the Elders’ Process, but rather move forward. It is a plan that will result in a new parliament that will be more legitimate than the one we have, and a new leadership whose legitimacy and accountability is not in question.
By. Kamal Gutale is former Chief of Staff at Villa Somalia and Co-author of Vision 2016 –Email: Kamaalmail@gmail.com