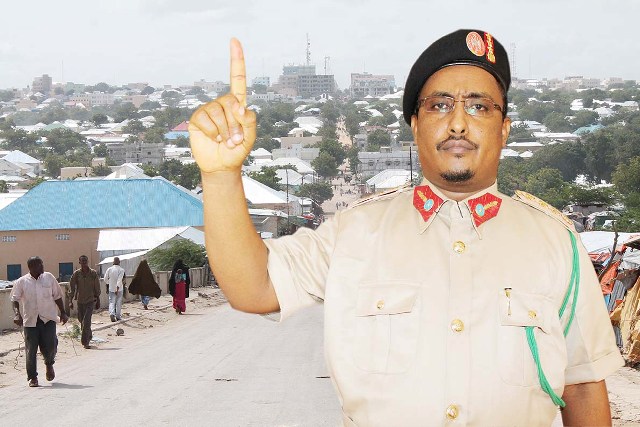 They first joined the traffic service in the 1960s. They say work was easy at that time; their was a oly few cars on the road. the two officers knew drivers on the road by their names. Somali Drivers used to stop at the traffic lights and give them Italian coffee and ask about their families.

After 50 years, there are too many vehicles and some of them – the explosive-laden suicide bomber would-be ones – can be your ticket out of this world, they say. Danger is real and great. Pay is intermittent.

Between the two traffic officers they have 13 kids and live, each, on less than $100 a month. They work 10-hour shifts, six days a week, standing in the 30+ degree celcius heat.
They are from a different generation, a different Somalia. When been a Somali meant more than loyalty to a clan or warlord.

Hamza Afrika will publish a story about the state of Mogadishu roads with photo gallery this week.

Facebook Comments: Mandeq Armani This issue was needed to be assessed those guys were asking for lunch money while I stayed in Mogadishu . They stood under the sun all day with a such a low salary . Thank you Hamza Mohamed for bring it up and sharing it with us .