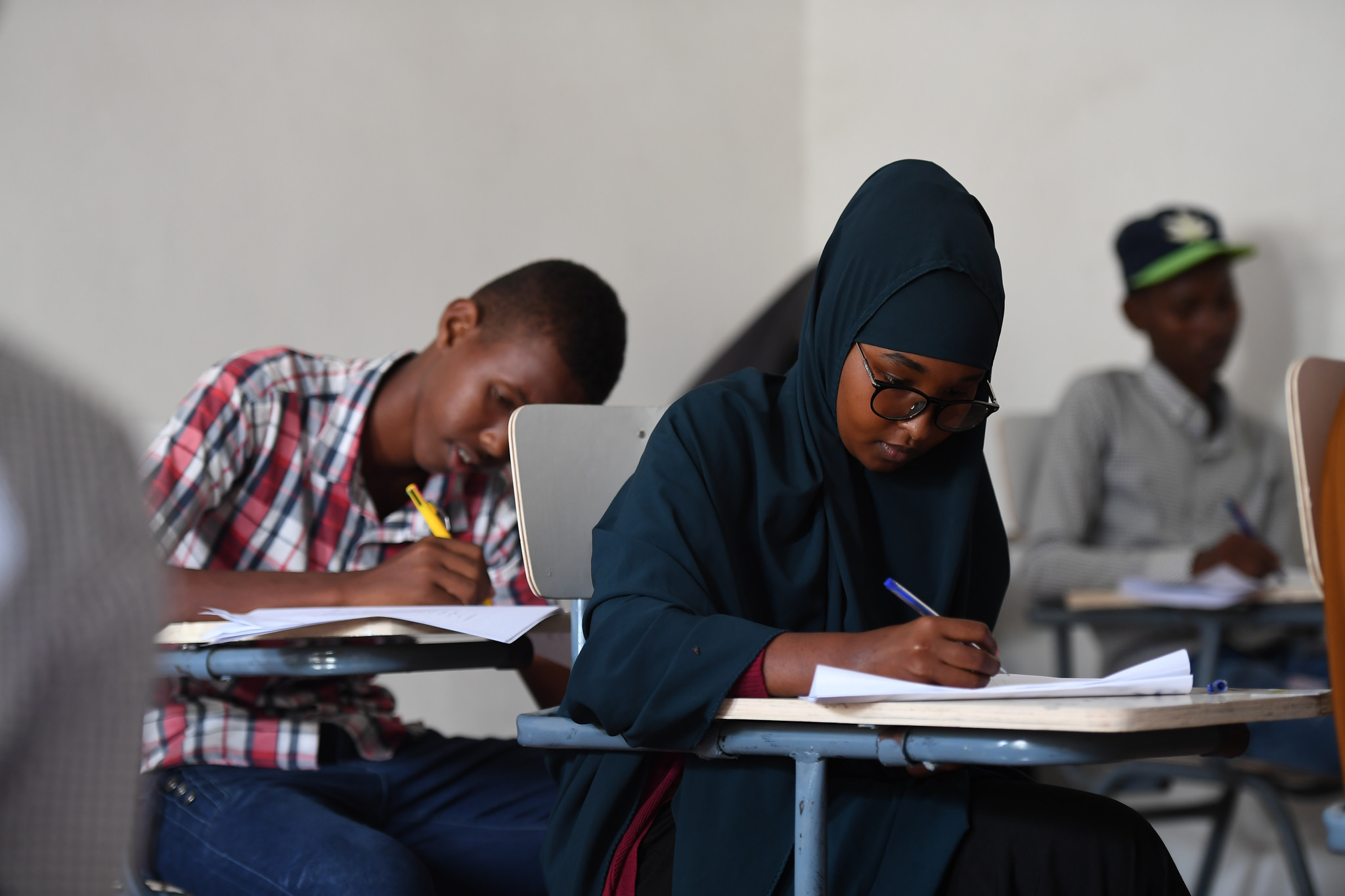 MOGADISHU (HAN) September 10. 2020. Monitoring Regional Issues. Somalia’s education policymakers are under pressure to explain how secondary schools in the capital Mogadishu reported massive failure in the national examination, while those in regions bordering Kenya had high grades.

Results released on Sunday for Grade 12 exams for the 2019/2020 school calender showed that 33,727 students sat the national tests.

Of these, 25,177 students, representing about 75 percent, passed the exams and qualified to join tertiary institutions. But, of the 8,550 who failed most of them are from Benadir, the metropolitan region that includes Mogadishu.

Jubbaland State, which borders Kenya, produced the best five students nationally and only 33 out of 987 candidates scored below average.

Questioned over the mass failure in Mogadishu, Education Minister Goddah Barre blamed students and teachers, claiming the learners spent too much time smoking tobacco and recording Tiktok videos, while tutors were of poor quality.