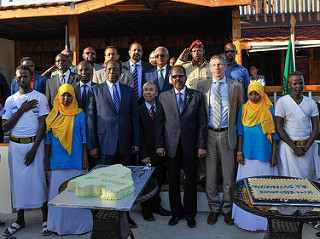 MOGADISHU (HAN) May 27.2016. Public Diplomacy & Regional Security News. Somalia joined the rest of Africa in marking the day the Organisation of African Unity, the predecessor to the African Union, was formed 53 years ago.

The President of Somalia, H.E Hassan Sheikh Mohamud officiated over celebrations held in Mogadishu and attended by senior officials from the African Union Mission in Somalia (AMISOM), the United Nations and members of the diplomatic corps, among others.

President Sheikh Mohamud expressed gratitude for the support the African continent and especially Troop Contributing Countries have extended to Somalia in its struggle to rid the country of terrorism and violent extremism.

The President said support from African nations had tilted the scales towards a more peaceful and stable Somalia, a contrast to what the country was like in 2007 before the deployment of African Union troops.

The Special Representative of the Chairperson of the African Union Commission (SRCC) for Somalia Ambassador Francisco Madeira reaffirmed AMISOM’s commitment to achieving the African Union’s central objectives of peace, stability, development and solidarity among African nations and its people.

“The Africa we want is indeed that of peace, democracy, development and prosperity; an Africa with a safe continental environment, free of violent conflicts and instability. An Africa that knows too well that peace and development are twin sisters, who are bound to live together to survive. For there will be no peace where there is no development. No meaningful and sustainable development is possible, where there is no peace,” stressed Ambassador Madeira.

He made a plea for concerted efforts to end violent extremism and more employment opportunities for youth, to stem the rising migration to Europe.

Ethiopia’s Ambassador to Somalia, H.E Wondimu Asamnew spoke on behalf of foreign diplomats accredited to Somalia. He said, “I think the Africa we want is on the horizon. Africa is now the fastest growing continent in the world. And conflicts and civil wars are reducing in Africa in numbers and intensity. We have hope in Africa, we are hopeful of the future; and we are also at the same time, hopeful of the future of Somalia.”

In his remarks, the Deputy Special Representative of the UN Secretary-General (DSRSG) for Somalia, Mr. Peter de Clercq pointed out the tremendous progress Somalia had made on its journey to full recovery.

“Somalia once a proverbial failed state in the world, is now used world over as a potent example of what is possible when we hold together to help our neighbors. In this regard, I must highlight the unique partnership between the United Nations and the African Union in Somalia. The support that African Union provides for the peacebuilding and statebuilding process here is unparalleled. AMISOM is by far the largest and most important African peace operation,” said Mr. de Clercq

The day was marked in pomp, with cultural performances by troops, an art exhibition by Somali women and a photo exhibition of AMISOM operations since 2007. 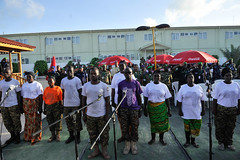 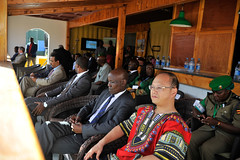 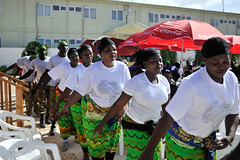 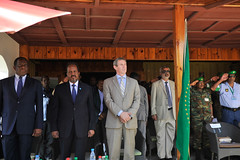 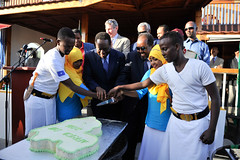 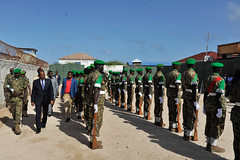 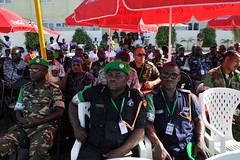 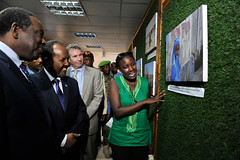 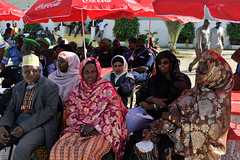 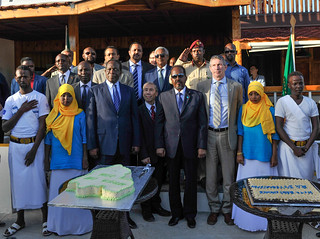