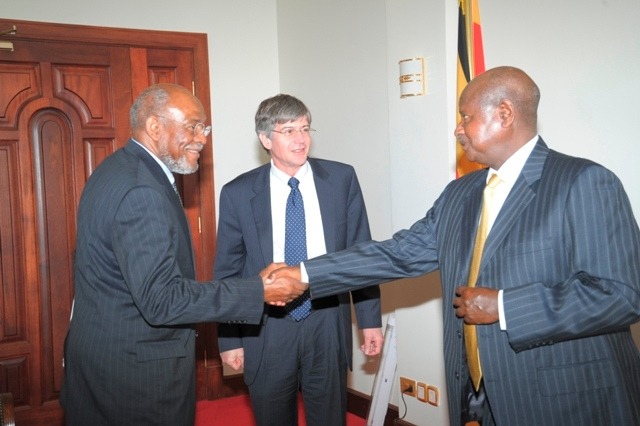 Mogadishu (HAN) July 19, 2014. Front line Diplomacy. According to the Ambassador David Shinn, “There may be some confusion over the US so-called “dual track” policy in Somalia. It was first enunciated in 2010 as a policy for supporting the central government in Mogadishu in addition to Somaliland, Puntland, and other emerging entities in Somalia. The dual track approach had a strong political connotation. The term disappeared from official US lexicon about a year later and did not reappear until the testimony of the new Assistant Secretary of State, Linda Thomas-Greenfield, before the Senate Foreign Relations Committee on 8 October 2013.

It is important to look at her precise words. First, she said prior to the US recognition of the Federal Government of Somalia, US policy in Somalia had three primary objectives, one of which was to “promote our ‘dual track’ policy.”

Following US recognition of the Federal Government of Somalia, Ambassador Johnnie Carson  stated through the Panel presented by Center for Strategic & International Studies: In a country that has experienced over 20 years of conflict and instability, Somalia’s Federal Government struggles to advance the Federal reconciliation Peace Process and bring stability to the war-torn nation. Terrorism, violence, and instability within the country are not only domestic concerns, but have larger regional and international implications as well.