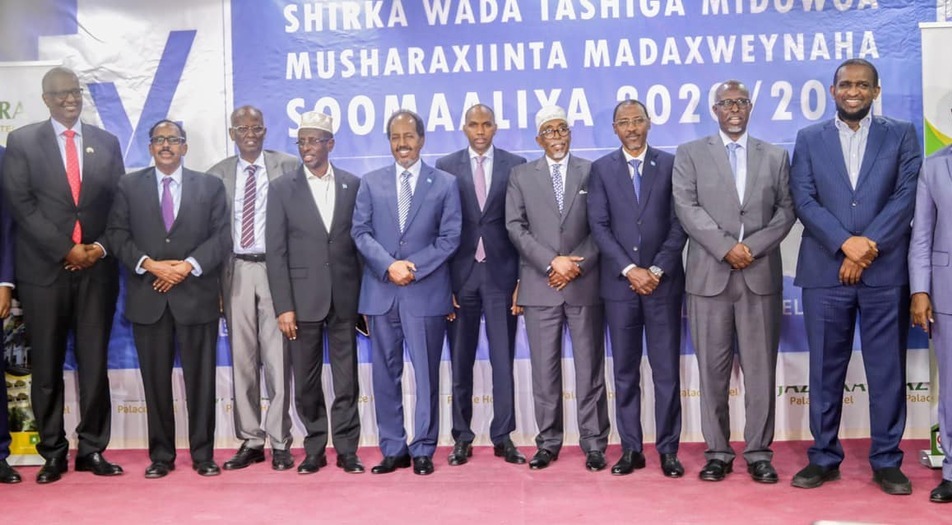 Political disagreements combined with other challenges such as floods, drought locusts, Covid-19, and insecurity posed by Al-Shabaab, are set to delay Somalia parliamentary elections.

The election of the 54 members of the Somalia Senate failed to kick off on December 1, due to dispute over the composition of the election committees between the federal government and some Federal Member States supported by the opposition presidential candidates.

Compared with 2016 when the election of the Upper House was completed in October, this year’s Senate — that was scheduled for December 1 to 10 — has been delayed because some regional states, such as Jubbaland and Puntland, have not yet formed the state-level election committees because of what they see as interference from the centre.

At the same time, the national election committee has been rejected as partisan for dominated by federal government employees, members of the national intelligence agency, and supporters of President Mohamed Abdullahi Farmaajo.

At a Webinar organised by International Crisis Group (ICG) on December 2, Somalia watchers now say that the political disputes that are preventing the technical aspects of the elections agreement signed in September from meeting its timelines.

“The technical side is supposed to improve accountability with the involvement of civil society playing a bigger role in helping pick the electors (Electoral College) together with the clan elders. But now it is facing a challenge because of political disputes over the composition of election committees and how to pick members of the Upper and Lower houses from Somaliland,” said Omar Mahmood, the ICG senior analyst for Somalia.

The 14 presidential candidates that met in Mogadishu between November 21 and 25 under the umbrella of the Presidential Candidates Forum, has demanded overhaul of the electoral committees, and accused Intelligence Chief, Fahad Yasin, of interference in the election by influencing the composition of national and state-level election committees, especially in Hirshabelle and Galmudug states.

But Villa Somalia maintains that the elections must go on as scheduled, and accused the opposition of delays after “sensing defeat”.

Appeals by the international community for fresh dialogue have so far been ignored.

Jubbaland President, Ahmed Mohamed Islam, has added to the confusion by demanding that election in his state will only be held after Mogadishu withdraws its troops from Gedo region as per the September election agreement.