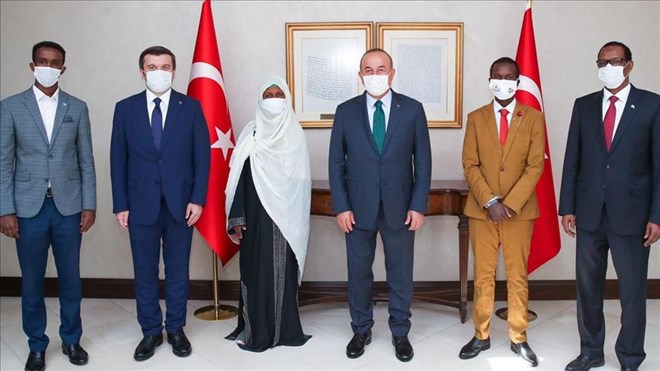 Somalia—A Somali official on Monday lauded Turkish support to Guled Abdi, a young inventor from the East African country who was invited to attend Teknofest, Turkey’s largest aerospace and technology event, and will receive a scholarship for further education.

“The support Guled Abdi has received will not just be for his personal ambitions, it will benefit Somalis at large. Thanks for making his dreams come true,” senator Ilyas Ali Hassan said in a statement.

“There are great talents in our great nation… need friends like Turkey to help us tap them.”

The 17-year-old makes unmanned aerial vehicle models, or drones, as an amateur and with limited resources. Turkish Foreign Minister Mevlut Cavusoglu saw Abdi on the internet and invited him to Gaziantep to join the event.

Hassan, who is also the Foreign Affairs Secretary of Himilo Qaran opposition party, said Turkey comes to Somalia’s aid in the most essential times.

“I would like to send my special appreciation to Turkish Foreign Minister Mevlut Cavusoglu @MevlutCavusoglu for not only personally arranging for the airlifting of Guled, but also for the scholarship grant and other technical educational support he will receive while in Ankara,” he said. 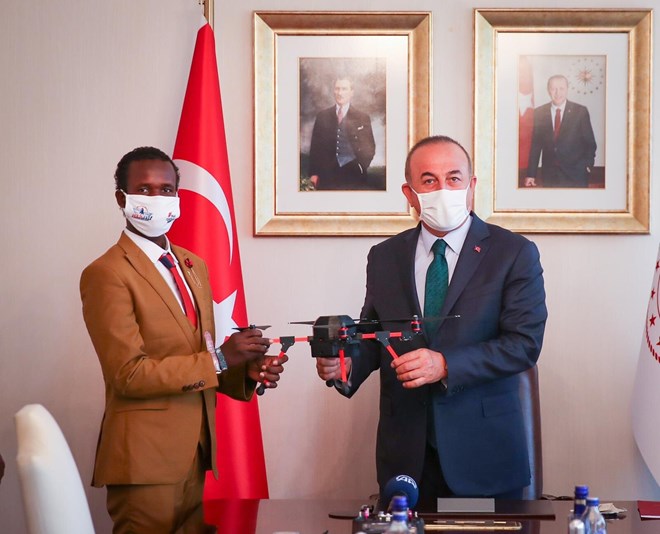 Speaking to Anadolu Agency, Hassan said Turkey is a friendly country, and that bilateral relations in the fields of of economics, infrastructure and education are making huge progress since Recep Tayyip Erdogan’s 2011 visit to the Horn of Africa country.

Turkey is also supporting Somalia’s military to help fight against al-Qaeda affiliated al-Shabaab group, and has the largest overseas military facility in Somalia.

We will continue to support you

Separately, Cavusoglu met Abdi and his family in Ankara, vowing to support him in his endeavors.

“When we saw the plane models that he made with limited means in Somalia, we said that this talent should be in #Teknofest,” he tweeted. “… Keep chasing your dreams, Guled, and we will continue to support you.”

*With additional input from News Desk in Ankara