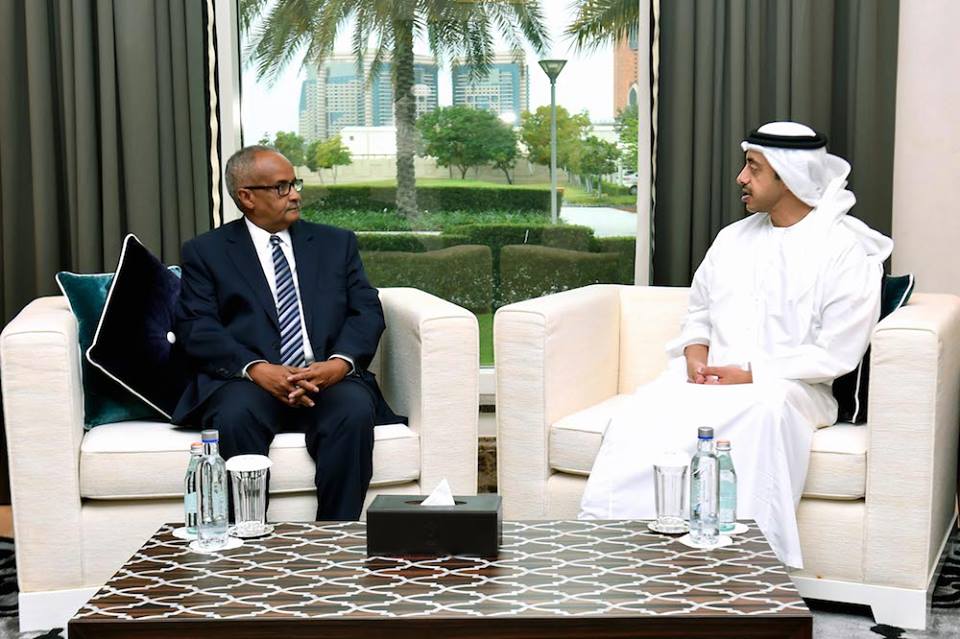 Dubai (HAN) March 25, 2015 – Public Diplomacy, Regional Investment and humanitarian News. The  Minister of Foreign Affairs & Investment Promotion Dr Abdusalam Omer Hadliye, meets his counterpart, the  Foreign Minister H.H. Sheikh Abdullah bin Zayed al Nahyan of the United Arab Emirates.  Abdulkadir Sheikhey Al-Hatimi, Somali Ambassador to UAE was present in the meeting. Sheikh Abdullah welcomed the Somali minister and discussed with him ties between the two countries and ways to boost cooperation, particularly in military and security affairs.
The Foreign Minister of Somalia lauded UAE’s humanitarian efforts and its stand by the Somali people. He expressed gratitude for the initiatives and projects undertaken by the UAE in that regard.
They reviewed the latest developments in Somalia and the progress of mutual cooperation and coordination. They also exchanged views on a number of topics of mutual interest.