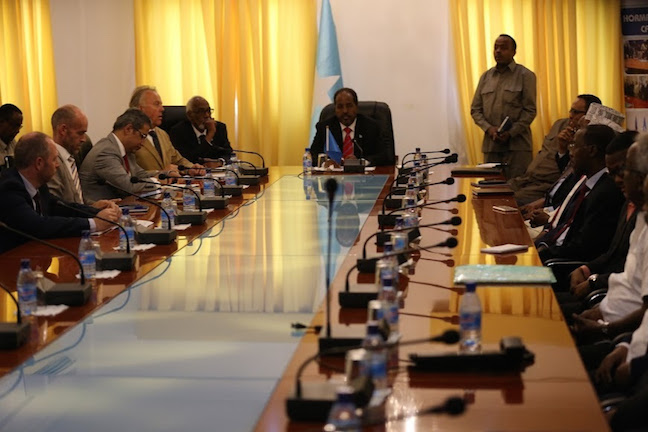 The President said the meeting has a special significance, as soon formally to state their preference in 2016. “The conference has become the latest National Leadership Forum, prior to directly consider the historic elections in the country. Several important for us to talk about challenges, such as security, financing options and other infrastructure may facilitate this process ”, he said. The main issues for discussion will include members of the upper house of Puntland looga increase, which water would Galmudug President and Deputy Prime Minister of Somalia.

The meeting will be the last of a National Consultative Forum, and is expected to produce decisions are to continue the process of entering the country recently Further hope that less people have to come out of the decisions to be pursued nationally, as officials are looking at their own interests, and as they return to again, as they are candidates.